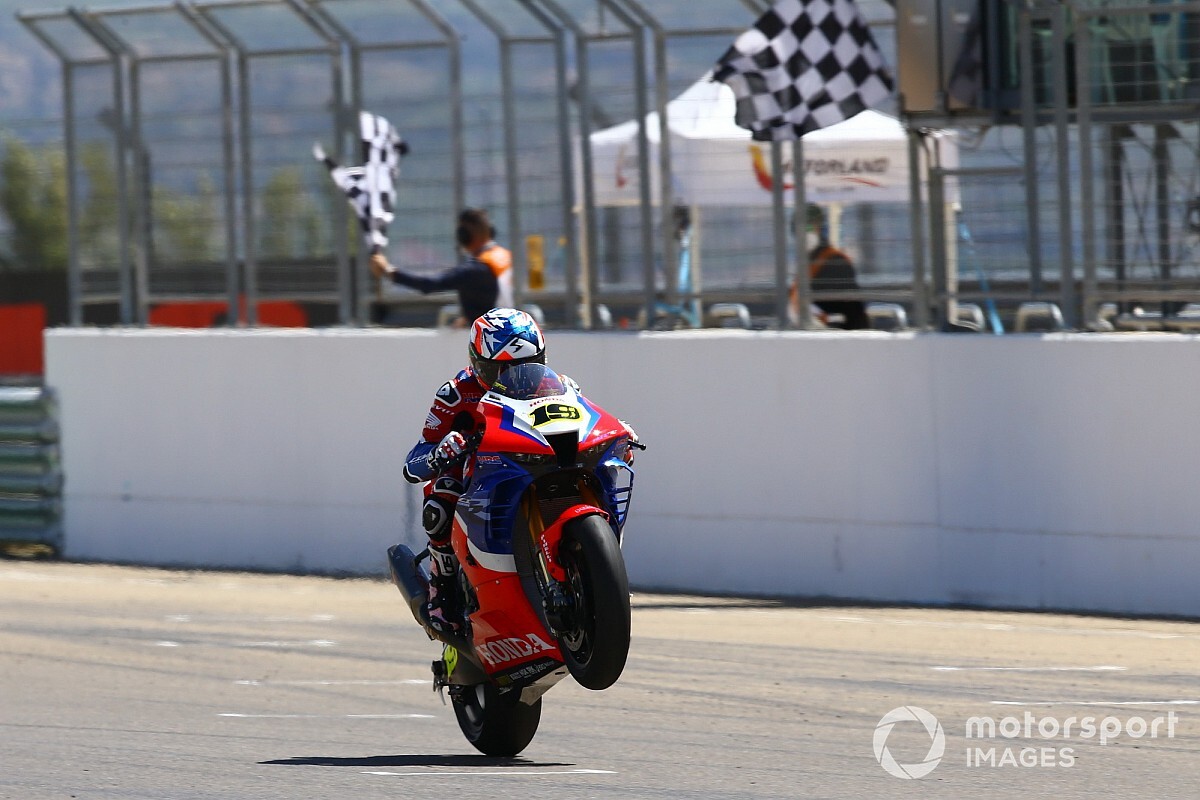 Alvaro Bautista says the Honda World Superbike team is still chasing its "real target" of a victory after recording the marque's first podium finish of its works comeback at Aragon last weekend.

Ex-MotoGP rider Bautista came home third behind Jonathan Rea and Chaz Davies in Sunday's second full-length race at the Spanish circuit last weekend, having already recorded his best finish in 2020 so far of fourth in the Superpole race earlier in the day.

It marked the first time a Honda rider had finished in the top three of a WSBK race since Michael van der Mark did so at Magny-Cours in 2016, and the first time since the Japanese manufacturer assumed direct control over its team at the start of this year.

Bautista said the result showed the new Honda CBR1000RR-R continues to make progress, but needs a "step bigger" before it can finally fight for victory.

"I’m very happy because this is a good prize for all the effort and all the work we are doing," said Bautista, whose best result prior to the Aragon weekend was a fifth place in the preceding Portimao round. "We must be happy.

"We are on the way to our real target, which is to win. I don’t know when it comes but for sure we are making small steps forward, so I’m happy for that.

"Fortunately [this weekend] we race again at the same track. Conditions will be different, it will be warmer so we have to understand the conditions and the new limits. But our target is to make more steps forward.

"It’s difficult with the bike we have now, because we need a step bigger, but in any case the small details we can do for next week." 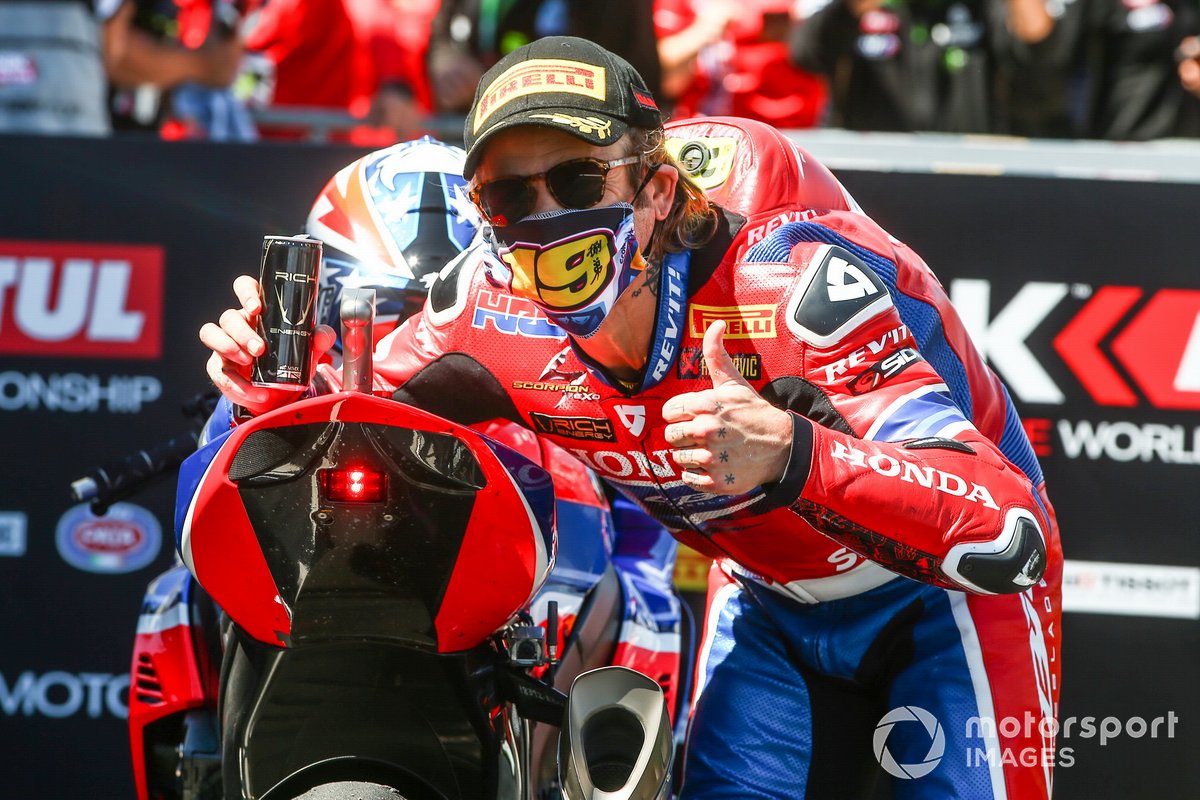 Bautista said one of the keys to his podium result was his grid position, helped by an aggressive approach at the start of the Superpole race that determine the starting order for the finale.

He also said he had to be careful to manage his tyres after crashing out of the opening race of the weekend in the closing stages.

"I struggled a lot in the first laps of the [first] race because right now I have to ride the bike in an aggressive way, I have to force the bike on the entry of the corner," Bautista explained. "When I fight with the other riders, I’m not able to do it.

"But in the Superpole race, I risked in the first corner, I went to the outside and I found a good position. And then I could gain a couple more positions during the race.

"So for race two it was easier because I didn’t have many riders [starting] in front of me, I could stay more within my riding style with this bike.

"I had to push from the beginning to stay with the front group. At the end the tyres dropped and I had to manage the gap to the riders behind me rather than catching the other riders, because I did all the race 100 percent."

Asked where the Honda was still lacking compared to its competitors, Bautista replied: "I see on braking, if I can brake like I [normally] do, we are strong. In top speed we are strong.

"We miss a lot on the turning and exit grip, especially [compared] with the Yamaha, they made a good turning on the corner.

"There is not [one single] weak point to improve, it’s small things in all areas."

At the halfway stage of the season, Bautista lies eighth in the standings on 77 points, two places ahead of teammate Leon Haslam, who finished seventh in the second Aragon race. 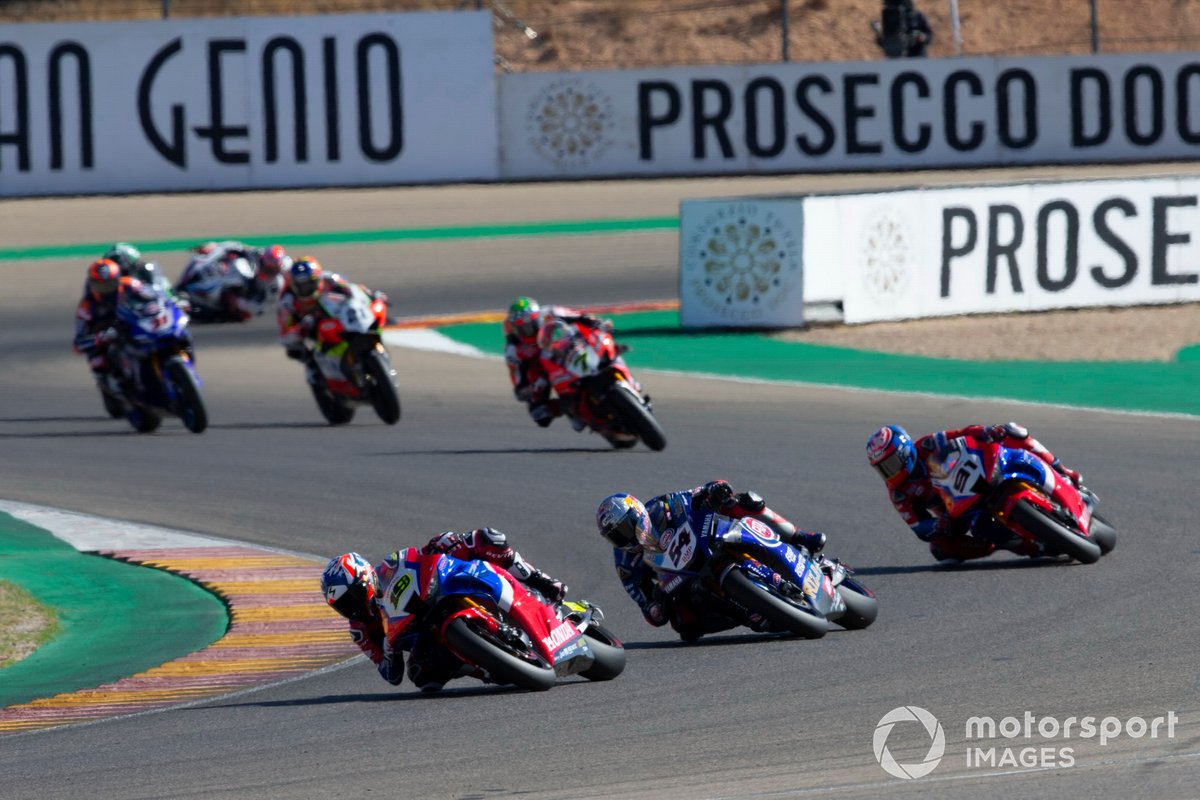