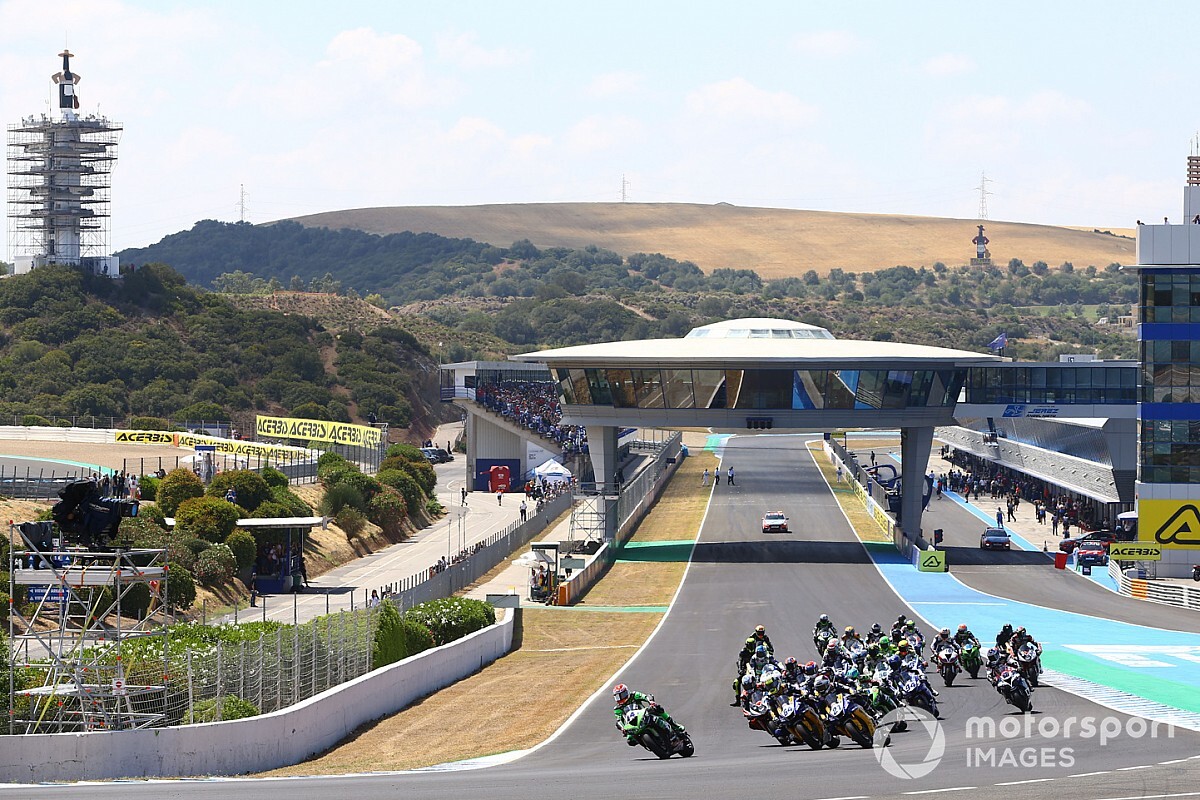 The World Superbike Championship has issued an update on the 2020 calendar amid the coronavirus crisis, with the first round since the Phillip Island season opener now locked in for early August.

As reported by Motorsport.com, the WSBK will resume at the Jerez circuit in Spain on July 31-August 2, immediately after MotoGP hosts back-to-back rounds at the same venue in late July.

The Portuguese round will follow a week later at the Algarve circuit, before the championship starts following the provisional calendar issued in April, beginning with the Aragon GP on August 28-30.

WSBK said the first three rounds since the resumption of the championship will be held behind closed doors, but the series will continue to evaluate the COVID-19 situation and “adapt our protocols” as and when required.

The championship added that both British and Dutch rounds have been postponed indefinitely due to restrictions affecting sporting countries in both countries, but it stopped short of calling off the events outright.

Earlier today, Silverstone announced the cancellation of its MotoGP round, while talks are underway to run the Formula 1 British Grand Prix in August amid a push by UK PM Boris Johnson.

The Netherlands, meanwhile, has lost both its MotoGP and the returning Formula 1 race from the 2020 motorsport calendar.

“We are very positive about the future, as all the signs are pointing in a good direction to start in Jerez,” Gregorio Lavilla, WorldSBK Executive Director, Sporting and Organization Departments, said.

“We are looking at all possible scenarios for all three classes to race, although we continue to work hard on finding the optimum scenario for all parties. A lot will depend on the measures that various governments will implement.

“As for Donington Park and Assen, we are working with the circuits and governments to establish the best possible outcome for all, with the intention to hold those rounds towards the end of the 2020 season.”

Kawasaki man Alex Lowes leads the 2020 WSBK standings after a victory and a second place in the opening round in Australia, ahead of Ducati's Scott Redding.