Scott Redding says his main concern for the final World Superbike race of the season in Indonesia was simply to "put on a show" in his battle for victory against Jonathan Rea.

Ducati man Redding fought hard to sign off his tenure with the Italian marque with a victory in torrential conditions at the all-new Mandalika venue, after a delay of some 90 minutes due to the poor weather.

But in the end he had to give best to Rea, who made it a clean sweep of wins across the two races in Indonesia despite losing out on a seventh consecutive title to Yamaha's Toprak Razgatlioglu.

Looking back on the final race of the 2021 season, Redding praised WSBK organisers for finding a way to get the race underway following the postponement of Saturday's first race in similar conditions, while also noting just how much he relished his fight with the outgoing world champion.

"None of us had any experience in the rain, so I said to ‘Gio’ [Giovanni Crupi, crew chief] I’m just gonna commit to the first corner, see what happens, just fight, put on a show," said Redding.

"When I was behind I felt faster, then I passed him and it was like he felt faster… it was strange, but I think it was because we were adapting every lap. It was great to finish the season like this. It was probably one of the best battles I’ve had, especially with the rain conditions."

Redding will move to BMW for next season, ending a three-year relationship with Ducati that yielded the 2019 British Superbike title and the runner-up spot in last year's championship behind Rea.

Although he missed out on a 13th victory aboard the V4 R Panigale, the 28-year-old was satisfied with the way he brought down the curtain on his time riding for the Bologna-based firm.

"I think they see the heart and passion I have and this is important. I showed it all last year and this year, what I am capable of. I will never give up." 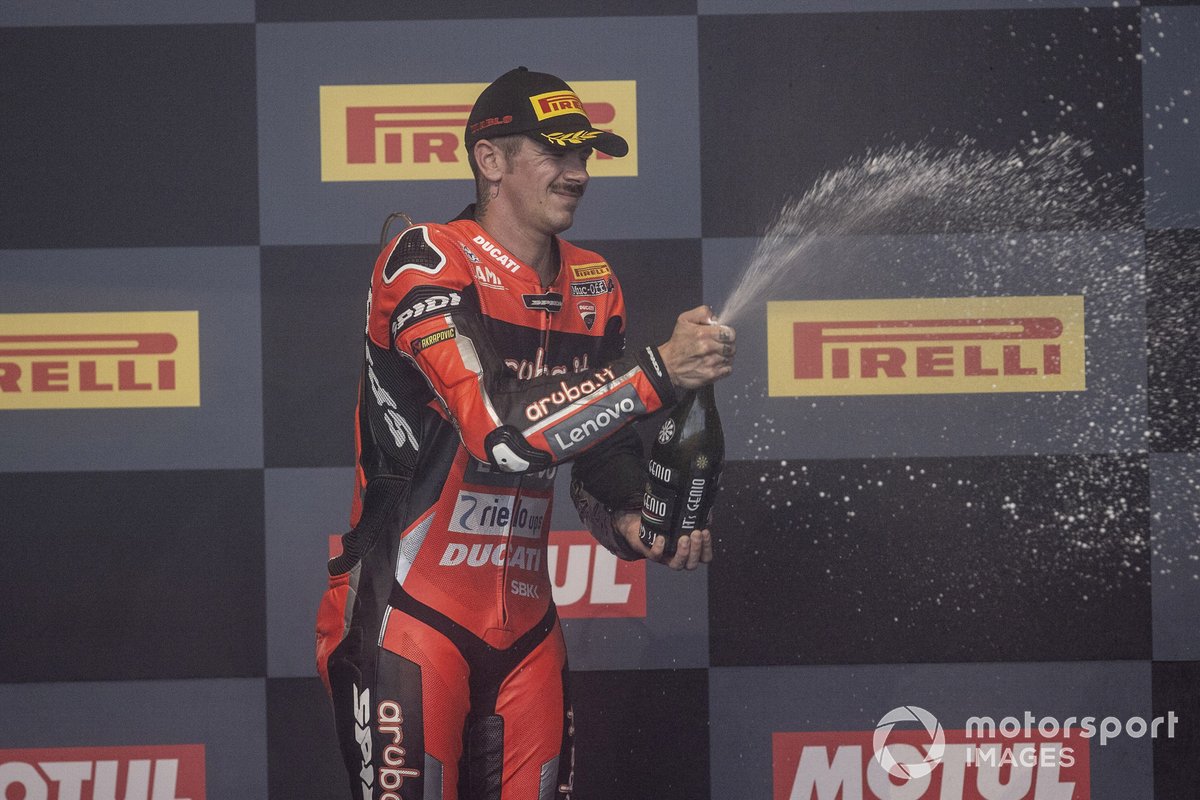 Defeat in the final race of the season however meant he narrowly missed out on matching Rea's tally of race wins in full-distance races for the year, with Rea earning seven to Redding's six.

"The season was good, couple of mistakes from my side and also from the team," reflected Redding. "You need a bit of luck also to win a title and I just had not really the good one.

"It was not bad but it cost me a lot at the beginning of the season, then you’re trying to play catch up and you make mistakes. But it goes like this. I’m happy to finish again in the top three and fight in the last two races."