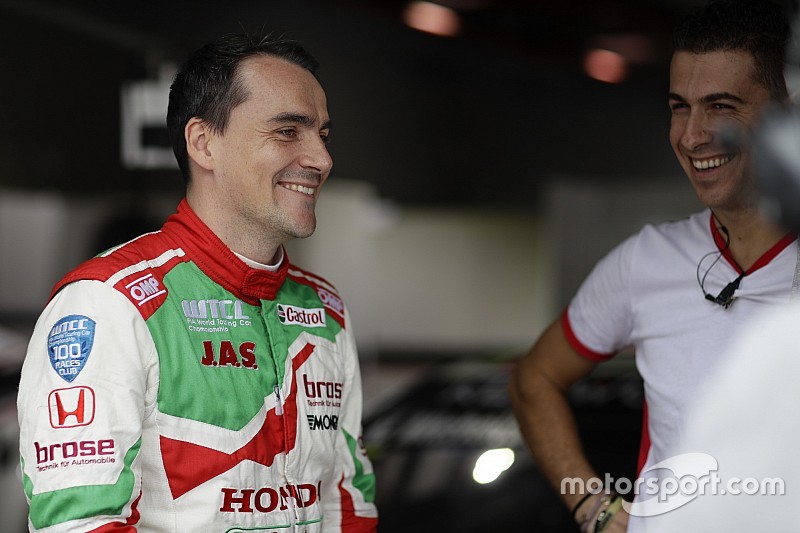 Honda driver Norbert Michelisz led the way in an unusual late-afternoon first practice session at Motegi, with the weekend’s schedule heavily compressed due to the late arrival of the cars and equipment from China.

The session went from damp to very wet during the 45 minutes, with Michelisz leading the way through much of the session in the slippery conditions.

On pace with his Honda teammate was Japanese driver Ryo Michigami despite taking to the track late following an alternator issue.

Michigami, who made his WTCC debut at Motegi last year, is the driver most familiar with the circuit in the field, and he took over at the top of the timesheets with just under 10 minutes to go.

As the session drew to a close, Volvo’s Nicky Catsburg went quicker still in his Volvo, before Michelisz jumped back on top with a time of 2m08.363s, three tenths faster than the Dutchman.

Catsburg was unable to improve as he found traffic on his final lap when he caught Campos Racing’s Kris Richard, making his WTCC debut this weekend, and had to settle for second, with Michigami third.

Rob Huff was best of the Citroen and the independents, placing his Munnich Motorsport Citroen in fourth, just over half a second from Michelisz, with Esteban Guerrieri fifth on his debut with Honda.

Yann Ehrlacher was the best-placed of the RC Motorsport Lada drivers in sixth, with championship leader Thed Bjork in ninth, 1.8 seconds off the pace.