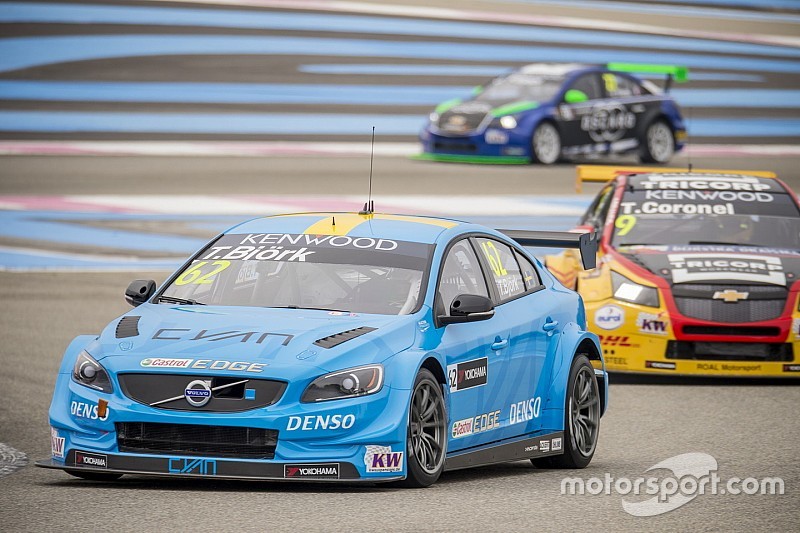 Polestar Cyan Racing driver Thed Bjork believes the signs are positive for the WTCC season ahead after a strong showing by the Volvo S60 TC1s throughout the weekend at the Circuit Paul Ricard.

The STCC champion put on a stunning drive in the first race to go from last to seventh, only bettered by one with Honda’s Rob Huff going from last to sixth in race two in the season opener.

The 35-year-old was forced to start at the back of the grid after his S60 failed the ride height check in post-qualifying scrutineering, but put on an overtaking display in the first race to work his way up to seventh and score his first points in the WTCC.

“It is touring cars so it is hard to overtake, and I did not really know what to expect,” said Bjork after the weekend.

“I am happy with my pace and I will bring this pace with me during the year and improve definitely, and I know there are so many ways we can improve.

“I’m happy with P7 for sure. We saw Huff go from last in the second race up to P6, and I think he did a good job there, so I’m very happy with seventh place.”

The weekend wasn’t all plain sailing for the Volvo team. As well as Bjork’s ride height failure on Saturday, his car stopped in race two with an electrical problem, while teammate Fredrik Ekblom’s suspension broke in the first race following contact at the start of the race.

“These things that will happen that we didn’t know and we didn’t want, they were just some mistakes from us, we’re all human, but it’s better to do it this year than next year,” added Bjork.

Muller and Monteiro at odds on race two clash​​