The American Le Mans Series heads to Baltimore, Md., for the second street race of the season, which is fine by CORE autosport, Jon Bennett and Colin Braun, who won at the Series' only other street circuit this year: the Grand Prix of Long Beach. 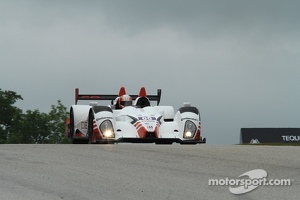 A second street course victory will be no easy feat, especially at the Baltimore street circuit, where Turn One pileups are common place, just ask Bennett who got caught in one in the opening lap of last year's race.

Staying out of trouble and getting the car to the finish line will be key, as the team attempts to extend its lead in the PC points.

Jon Bennett - Driver: No. 05 ORECA FLM09
"Baltimore is a place we’ve had good luck at. I think Colin and I both adapted to all the course changes quickly last year. Just like our success at Long Beach this past April, I feel Baltimore will be a strong race for us.

"At street races, I think the fortune side of racing plays in a bit more. Street circuits benefit those who are very accurate. Luckily, Colin and I both have that as our strong point. I feel like my driving style tends to be on the more calculated and precise side and that lines up well with street racing and concrete walls."

Colin Braun - Driver: No. 05 ORECA FLM09
"Baltimore is a challenging place. Last year was really tough because the track layout changed every time we went out for practice and qualifying. In that same respect, it was kind of fun, because it was always something different when you got into the car.

"I really enjoy street courses because they make for good racing. It’s a challenge for us in PC because the GT cars are so fast, especially in the areas that we struggle at. They’re better in a lot of corners with their grippy tires and traction control. The GT cars can really launch off the corners and we struggle in the PC cars with our spec tires and no traction control. It makes it tough to pass the GT cars."

CORE entries have stood on the podium at each of the previous two Baltimore races, but both the team and driver Patrick Long have first-hand experience with how tough the Baltimore street circuit can be on cars.

A condensed schedule will require the team to make the most of every track session, but the Porsche's short wheel base should make it a strong competitor on the tight track.