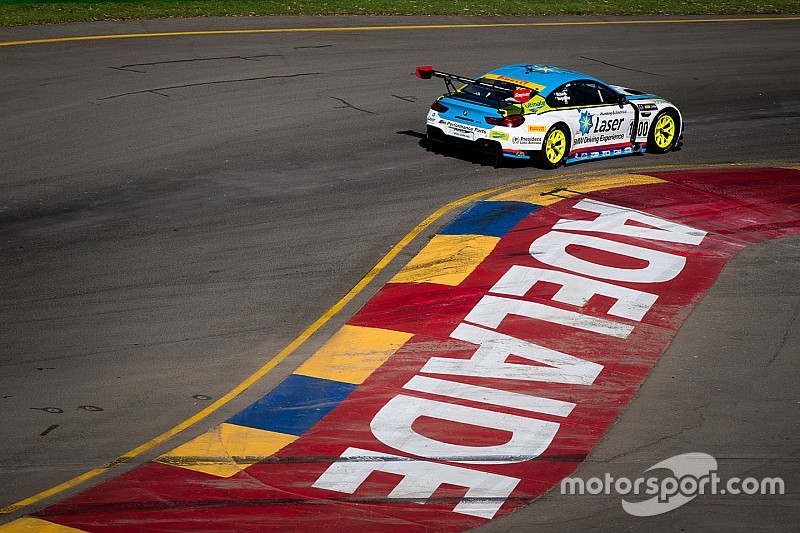 The Australian GT Championship says its been dumped from the Adelaide 500 support bill for 2018.

The category has released a fiery statement claiming it's missed out on a spot at the Adelaide street race next March, and that it's been bumped for a "one-make Asian Audi R8 series" – likely to be the Asian Audi R8 LMS Cup.

“This is incredibly disappointing for Australian GT and many of our teams who look forward to starting each year at the Adelaide event,” said Australian GT manager Ken Collier.

“Our application was made some time ago and we had a good discussion with the Adelaide 500 Motor Sport Manager, Jeff Mattner, during the Supercars round at Sandown.

“In fact, we agreed to change the format of our races to fit in with the Adelaide 500 requirements, which had already been written into the 2018 series regulations draft.

“We have always exceeded the KPIs set by the Adelaide event in terms of competitor entries and other commercial requirements, so they can’t have any beef with Australian GT.”

The statement effectively confirms that Asian Audi R8 LMS Cup will visit Adelaide next March, a wide departure from the 2017 schedule that took in Malaysia, Japan, South Korea, and China.

“Some of our teams will be able to compete in the Adelaide event as Australian GT has been dismissed from the event in preference to the one-make Asian Audi R8 series,” said Mr Collier in the AGT statement.

“There will be a dozen or so cars come to Australia from Asia, and the field will be topped up with Australian and New Zealand entries.

“This is good for the local Audi teams but the balance of our teams who compete with other marques such as Aston Martin, BMW, Ferrari, Lamborghini, McLaren, Mercedes Benz, Nissan and Porsche will be excluded.

“I find it very disappointing that the Adelaide 500 event prefer another, offshore, one-make series to the diversity of the local Australian GT competition, which has history stretching back decades.”

“The investment that we as Australian teams and category managers have made in the past to support the event and the businesses in Adelaide means absolutely nothing.”

Adelaide 500 organisers have confirmed to Motorsport.com that the full support bill will be confirmed on Wednesday morning.