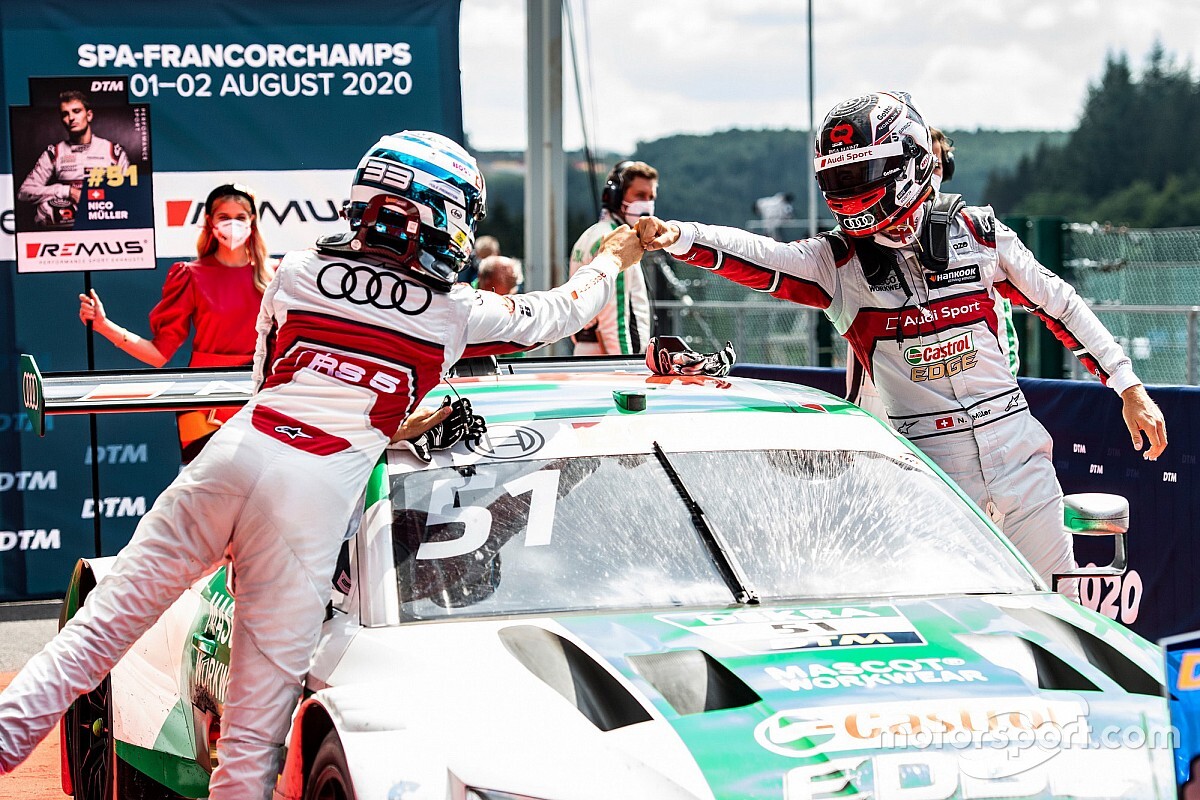 Rene Rast believes Nico Muller will emerge as an even stronger DTM title challenger in 2020 after the two drivers locked horns in the season opener at Spa-Francorchamps this month.

The Audi duo shared the spoils in the opening two races at the Belgian venue, with Muller dominating the first race to win by 19 seconds and Rast defeating Muller in a straight duel to claim victory in Sunday’s event.

Muller now leads Rast by seven points in the championship heading into Lausitzring this weekend, with Jamie Green - also an Audi driver - another nine points adrift in third.

The form the two Audi drivers showed at Spa suggests that they will emerge as the primary contenders for the drivers' championship for a second season in a row, after Rast beat Muller to the drivers' crown last year.

While Rast wrapped up the title with a round to spare in 2019, many expect Muller to put together a more formidable title challenge this year - a view Rast agrees with.

“He looks [and] he feels stronger this year,” Rast said of his rival. “Last year he was already strong. Let’s say from mid-season to the end of the season he was my main competitor and he improved a lot in his qualifying.

“Again [at the Spa] weekend we saw that he is very strong in qualifying, but especially in racing. When it comes to races he has a very good feel for the car and the tyres.

“And so for sure he will be one of the main challengers this season in the DTM.”

After losing last year’s title to Rast, Muller had vowed to improve on his weaknesses to return stronger in 2020.

Asked in which areas he has made the biggest jump over the winter, Muller said: “I think this weekend we’ve seen that we’ve also been strong in qualifying, didn’t quite score a pole position but scored points in all the qualis, which was our weakness last year.

“It’s difficult to really name what else we’ve been working on, it’s all the areas, small details, the work together with our engineers to understand what we need to do in order to adapt to changing conditions, to always be able to extract the maximum out of the car and gain experience together.

“I feel good, I feel happy. Every time I get to the race track to work with my teams, I feel like I have the right tools in my hands to be successful with the RS5 DTM. I feel like we are improving day by day and hopefully we can continue that trend until the end of the year.”