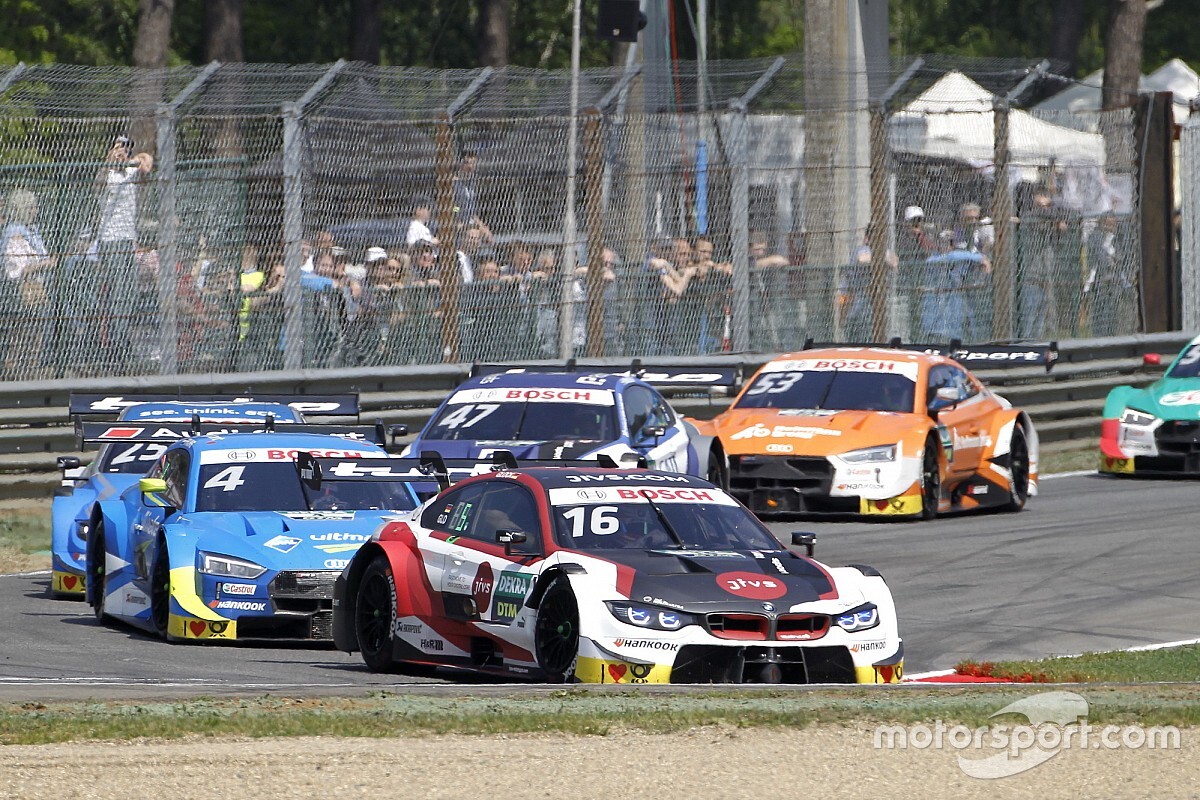 The chances of DTM’s survival beyond 2020 are “dwindling day-by-day” following the successive exits of R-Motorsport Aston Martin and Audi from the series, according to five-time race winner Timo Glock.

The DTM appeared to have safeguarded its short-term future in 2019 when it successfully persuaded Aston licensee R-Motorsport to fill the void created by Mercedes’ defection to Formula E.

However, the Swiss squad announced its departure from the DTM in January, while Audi confirmed last month that it will also leave the tin-top category after the current season, leaving the series with only one manufacturer, BMW.

Glock, who was racing for Toyota when it left Formula 1 at the peak of the global financial crisis a decade ago, has conceded that the future doesn’t look very bright for the series he has been a part of since 2013.

"I hope that [ITR chief] Gerhard Berger will somehow find a way," the BMW driver told the Starting Grid podcast. "But when you realise the extent of the world's problems, the chances - or faith - dwindle more and more every day.

“I still have hope that there's some way to go because the platform is just too good.”

Audi cited coronavirus as one of the reasons behind ending its two-decade long DTM programme, but it is understood that the German manufacturer was leaning towards concentrating just on its factory FE programme even before the pandemic.

Glock believes the full impact of COVID-19 on the automotive industry - and hence on the involvement of car manufacturers in motorsport - won't become evident for several more months.

"I can imagine that this will be a major topic in the coming weeks and months, because the [sales] figures in the second and third quarters will then be available,“ Glock said.

“Sales for April to June will probably show the real extent of the corona crisis. That could make things uncomfortable for one car manufacturer or another. After all, who is thinking about buying a car right now?

"You can see it with us in the DTM: Audi has decided to pull out at the end of the season due to the circumstances. This is a warning shot in that direction."

BMW has yet to comment on its own future in the series. It is believed that the Bavarian marque's contract with the DTM will expire at the end of 2020.

Glock said he is yet to hear a conclusive answer from BMW regarding its future involvement in the DTM due to the fluidity of the coronavirus situation.

"I keep calling [BMW Motorsport chief] Jens Marquardt, but what should he tell me?” Glock said. “He says, ‘everything I tell you may be different tomorrow’. If I come around the corner every three days and ask what's new, that won't help.

"You notice in certain conversations that everyone is struggling to see the future - or there is no clear direction yet because there are still so many variables.”

Glock: DTM should focus mainly on Germany in 2020