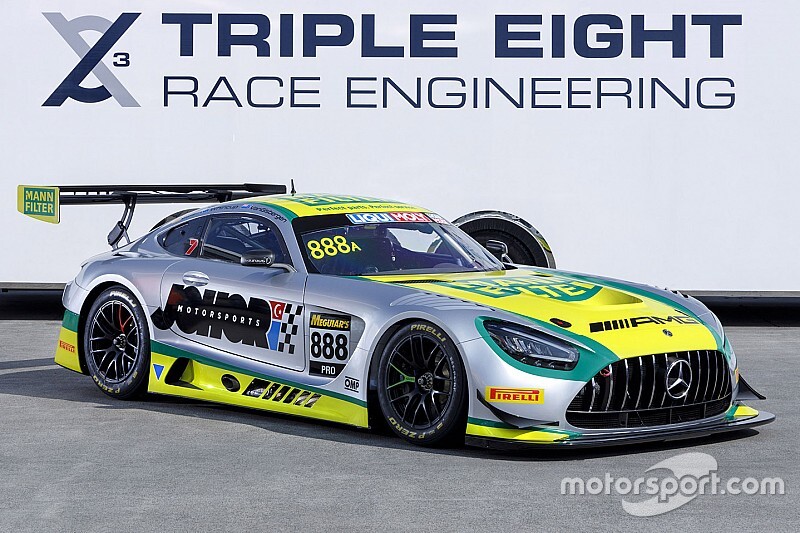 Triple Eight Racing has revealed its line-up for next month's Bathurst 12 Hour, which will feature factory Mercedes driver Maximilian Gotz.

Gotz will join T8 Supercars regulars Jamie Whincup and Shane van Gisbergen at the wheel of the team's Class A Pro Mercedes-AMG GT3 entry for the Intercontinental GT Challenge season-opener on February 2.

Gotz effectively replaces Craig Lowndes in the T8 set-up, the 45-year-old having been announced as part of defending event winner Earl Bamber Motorsport's line-up this week.

Van Gisbergen said: “It’s cool to be teaming up with Maxi, his experience in the AMG will definitely be valuable. Last year’s race came down to a battle [for third place] between us and his car, which was really tough but awesome for the fans.

"With Jamie as well, I think we’ve got a really strong line-up. Hopefully we can put on a good show again this year, but come away with a trophy.”

Whincup added: “It’s always exciting to get back to the mountain, no matter what you’re driving, but to kick off the year at one of the best tracks in the world behind the wheel of an AMG GT3 is pretty special.

“The event is getting bigger and better every year. I’m one of the most patriotic people you’ll meet and it makes me really proud to see so many teams from around the world coming to Bathurst and holding it in such high regard.

"Everyone wants to win this race, so no doubt it’s going to be ultra-competitive again this year.”

Replacing Gotz at GruppeM will be Felipe Fraga, who pairs up with Buhk and Marciello for his Bathurst 12 Hour debut.

A third Pro class entry being run under the 'Craft-Bamboo Black Falcon' banner will be driven by Yelmur Buurman, Luca Stolz and Maro Engel.

T8 will also run a second AMG GT3 at Bathurst in the Pro-Am class to be shared by brothers Yasser and Sam Shahin, Nick Foster and Anton de Pasquale.