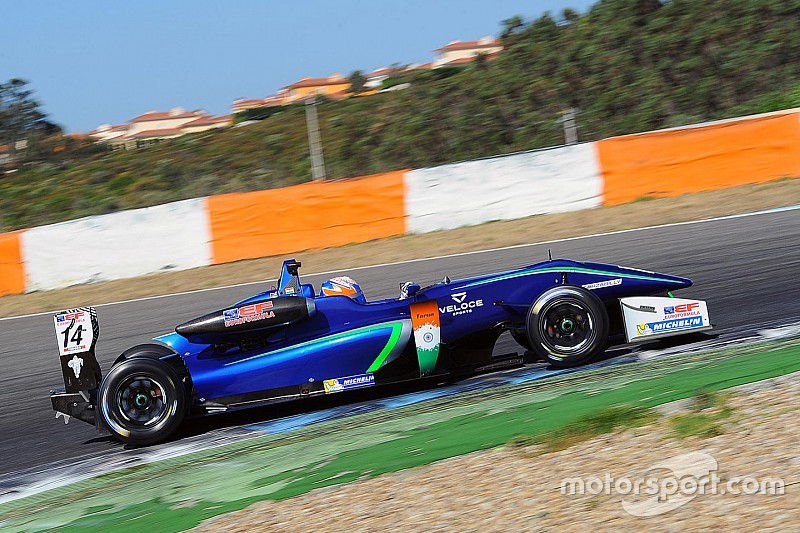 The Indian duo of Tarun Reddy and Ameya Vaidyanathan scored points in the second Euroformula Open race of the season at Estoril on Sunday.

Limited to just two days of testing in the Dallara F312 following a late deal to join the series with Carlin, the first round of the season was always going to be difficult for Reddy. But the 18-year-old did an impressive job to get some points on board straightaway.

Having qualified 11th on the grid, Reddy made a good start and was able to capitalise on others’ troubles to move himself inside the top 10.

Towards the last quarter of the race, the former MRF F1600 champion withstood pressure from a fast-charging Matheus Iorio to secure eighth position and his first points of the season.

Vaidyanathan, who clinched his maiden podium in Race 1, was in for a difficult Sunday afternoon at Estoril.

The Indian was apparently involved in a multi-car contact at the start of the race, forcing him to pit immediately on Lap 1.

Fortunately, a safety car was deployed to clear stranded cars on track, allowing him to rejoin the pack on the same lap.

From there on, the Carlin driver put on an impressive recovery drive to finish in 10th place, right on the tail of Iorio and Reddy.

At the front of the pack, RP Motorsport’s Harrison Scott made it two wins in a row after passing polesitter Nikita Troitsky on the run down to Turn 1. Campos Racing’s Thiago Vivacqua claimed the final spot on the podium.

Gallery: The best photos from the Barcelona F1 test

Monger to contest Euroformula Open in 2019