Alex Albon says that the Monaco Grand Prix was the first race so far in 2019 when his Scuderia Toro Rosso team finally fulfilled its potential. 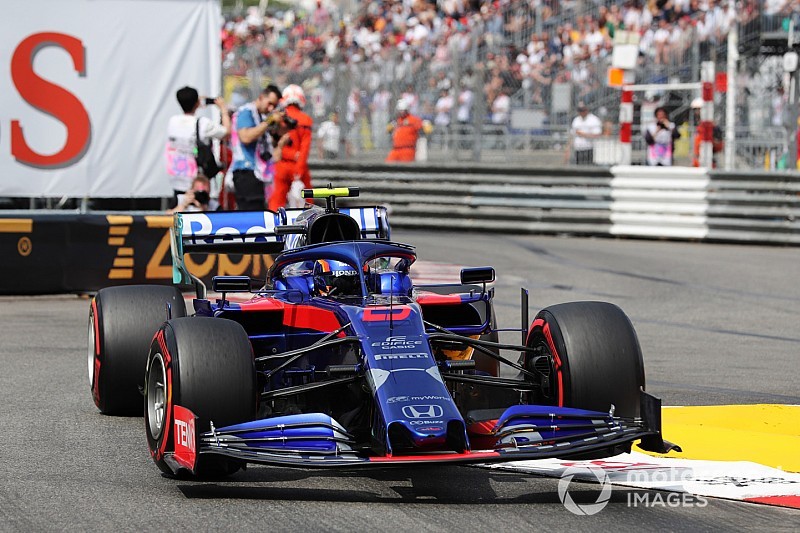 Albon made Q3 and qualified 10th, and eventually finished eighth, right behind his own teammate Daniil Kvyat.

Both drivers beat the team's previous season best of ninth, and it was also the first time this year that both made the points.

The result allowed Toro Rosso to overtake both Renault and Alfa Romeo in the constructors' championship.

Albon said the team got everything right after some frustrations in recent races, such as the pit mix-up in Barcelona that delayed both cars.

"Top 10 for us, that's pretty much all we can ask for," Albon told Motorsport.com. "I think this is the first weekend where we've come away with the points we deserve as a team.

"As a team effort from the beginning of the weekend to the end we did everything we were supposed to, and it went very well."

However Albon – who was a stunning sixth in FP2 on his first day in an F1 car in Monaco – believes he could have started higher up the grid.

"The weekend started off well, and then I just lost the rhythm a bit in qualifying," Albon added. "Like most teams, I found it just felt different out there, with that day in between. It just took a while – maybe inexperience – to adapt my driving to the track.

"It's a shame, because I think on Sunday the pace looked pretty strong. I know the team were saying take it easy out there, because I do like to push the edge a bit!

"Obviously there was a lot of tyre management involved, and the team did a great job with the strategy."

The 'daunting' prospect of a Mercedes F1 engine upgrade