Mattia Binotto believes Ferrari is not in need of 'severe' changes to avoid the errors that cost the team several times during the 2019 Formula 1 season. 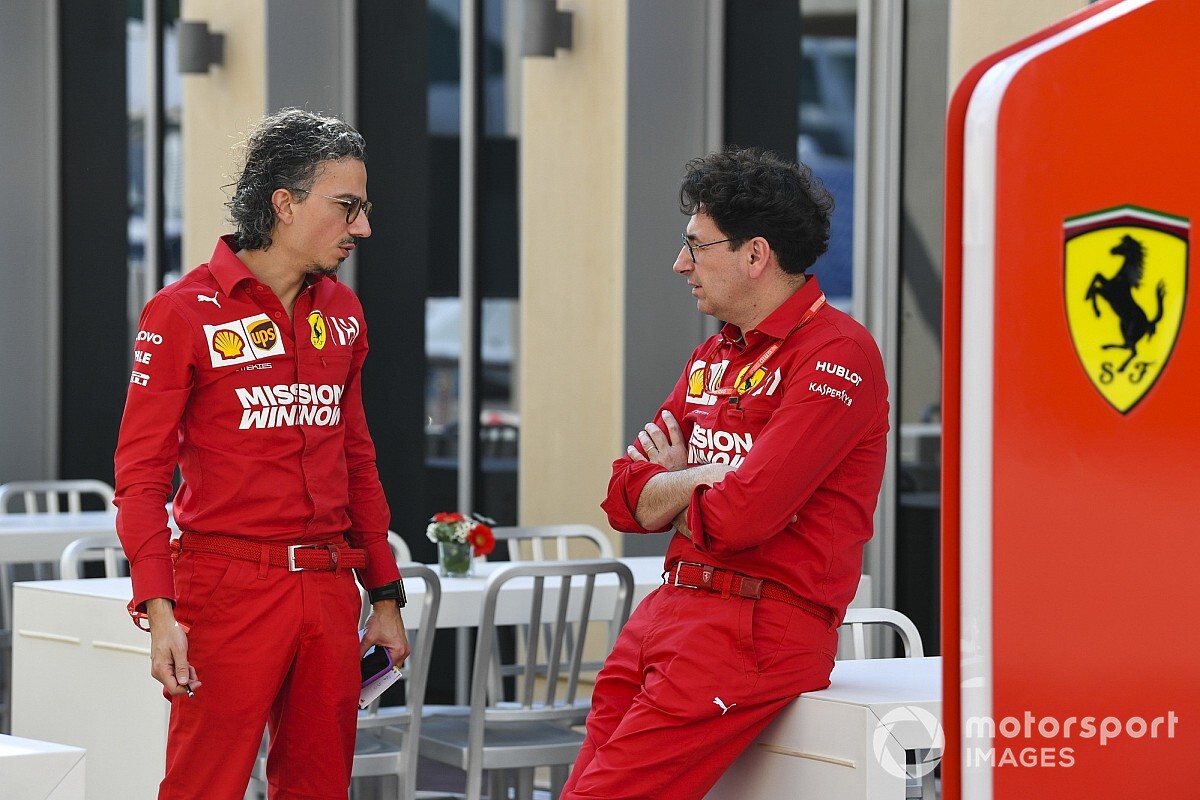 Former technical chief Binotto was made team principal of Ferrari at the start of 2019, replacing Maurizio Arrivabene, but had to wait until after the summer break to celebrate his first win in charge.

Ferrari's season was blighted by poor reliability, driver error and team mistakes, leaving it well behind Mercedes in the drivers' and constructors' championship.

However, reviewing the errors this season, Binotto said: "I think each single mistake, if you tackle it from a lesson learned point of view, you can improve yourself.

"I think there is nothing that has to be changed in terms of big changes, severely. I think it's a matter of experience.

"We always said we are a young team, especially in the roles, we are on a very steep learning curve. So it's really a matter of making sure that whatever happens this season has been addressed."

Ex-FIA man Laurent Mekies supports Binotto on the sporting side as head of track activities as well as sporting director.

However, the organisation and execution of the race team has remained weak at times, while Sebastian Vettel and Charles Leclerc have also contributed to missed opportunities, with 12 of the 21 grand prix weekends significantly affected by Ferrari's own errors.

Ferrari looked like it would end the season on a high as its qualifying form enjoyed a massive upswing after the summer break, yielding six straight poles.

However that spike in performance led to huge scrutiny from its rivals, as well as technical directives from the FIA to eliminate any potential rule exploitation.

Ferrari's season ended with increasingly less competitive performances over the final three grands prix, and one podium – Leclerc's third place in Abu Dhabi – during that run.

"We should not forget that Mercedes brought an aero package in Japan," said Binotto when asked by Motorsport.com if he knew why Ferrari's season had a downturn in form at the end.

"Red Bull has improved as well. In Abu Dhabi, our car has never really suited to the circuit or to the track. But certainly in terms of the plan, it seems that we've lost some of our performance in the last races.

"Abu Dhabi is very specific but there is much to learn about why we are not competitive in the last sector, or why maybe on new tyres or at the start of the race we could have followed the others, but when the tyre are more worn it's more difficult for us.

"So I do not have an answer. But I know there is much to analyse and to learn."