Brundle: Rosberg must "get back mentally" at Hamilton 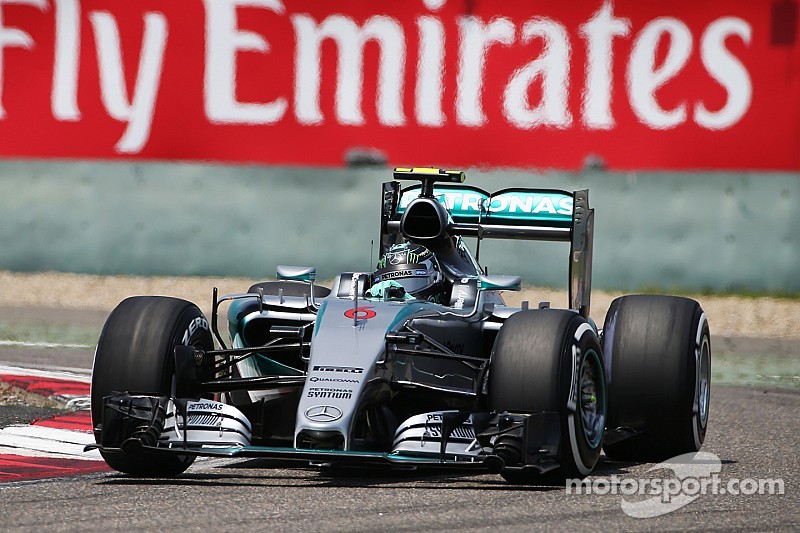 Rosberg, who is 10 points behind his Mercedes teammate after just two races, got to within 0.042s of Hamilton's pole time at Shanghai.

Brundle – who started 158 grands prix for Tyrrell, Zakspeed, Williams, Brabham, Benetton, Ligier, McLaren and Jordan – thinks it is imperative that Rosberg does not fall into a number two role, with Ferrari challenging Mercedes for supremacy.

Speaking in his Sky Sports F1 analysis role, Brundle said of Rosberg: "He's got to get back mentally at Lewis Hamilton.

"He's got to stop saying things like 'I wasn't good enough today, he drove like a champion'. That's just feeding Lewis.

"Nico is under pressure, and then all those radio calls we heard in the race from Malaysia just confirmed, when push came to shove, that his mind wasn't clear."

Brundle also believes there needs to be a culture shift at Mercedes to ward off the emerging threat from Ferrari.

"The (Ferrari) car and the team are on great form, and all of sudden Mercedes needs its drivers to be on form because of the competition," he said.

Sauber is top ten in qualifying for tomorrow's Chinese GP