Sergey Sirotkin says driving his Williams in Singapore felt like a battle for "survival", as the team slumped to its worst qualifying performance of the year.

The Russian and teammate Lance Stroll had little hope of qualifying off the back row, but were left a little shell-shocked that they ended up 1.399 seconds adrift of the next-fastest car.

Their pace was the biggest deficit to the front of the grid that they have had all season.

Neither driver was happy with how their car felt, and Sirotkin said that qualifying was more about getting through without crashing rather than finding ultimate performance.

“Survival is the best word to explain it,” said Sirotkin, when asked by Motorsport.com to describe the session. “The first lap in qualifying you still kind of hope that 'okay, we did a lot of work and it should start working.’

“But then you kind of start pushing, like you would do in qualy, and then you realise! I mean, I think from my first lap I had at least two moments, when I had already like 99 percent given up the thing, and was preparing for the crash.

“I mean it’s been so much on the edge, so that for the second run basically, you know, you just change your mentality, saying that this is not the way to go.

Stroll, who ended up at the back of the grid, said the Williams was "undriveable" - and that the multiple problems he faced had meant going any faster was impossible.

“It is just undriveable,” he said. “It is very little grip, and kerb riding is very poor and traction is very poor.

"All the things that you need around this kind of track to go quick, unfortunately we haven’t been able to get the car hooked up in those areas. So that has been the problem.”

And although one of the issues the Williams drivers have faced this year has been that the unpredictability of the car, Stroll says this was not such a factor here.

“To a certain extent I can predict what the car is going to do, the problem is that I just cannot go quicker because we are limited on entry stability, and traction.

“You just wheelspin, then mid-corner understeer, oversteer, so you are fighting multiple areas of the corner, which then limits the car to actually just go quicker.

“The more I try to push it and get more laptime out of it, the more slip and the more surface temperature is generated on the tyre, which then affects the overall grip. So we are limited in that area.” 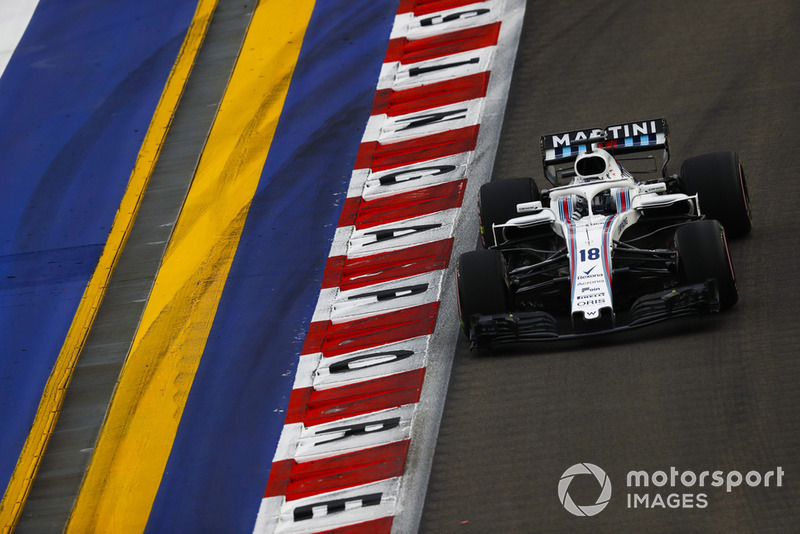 The car that gave Senna his first taste of Formula 1