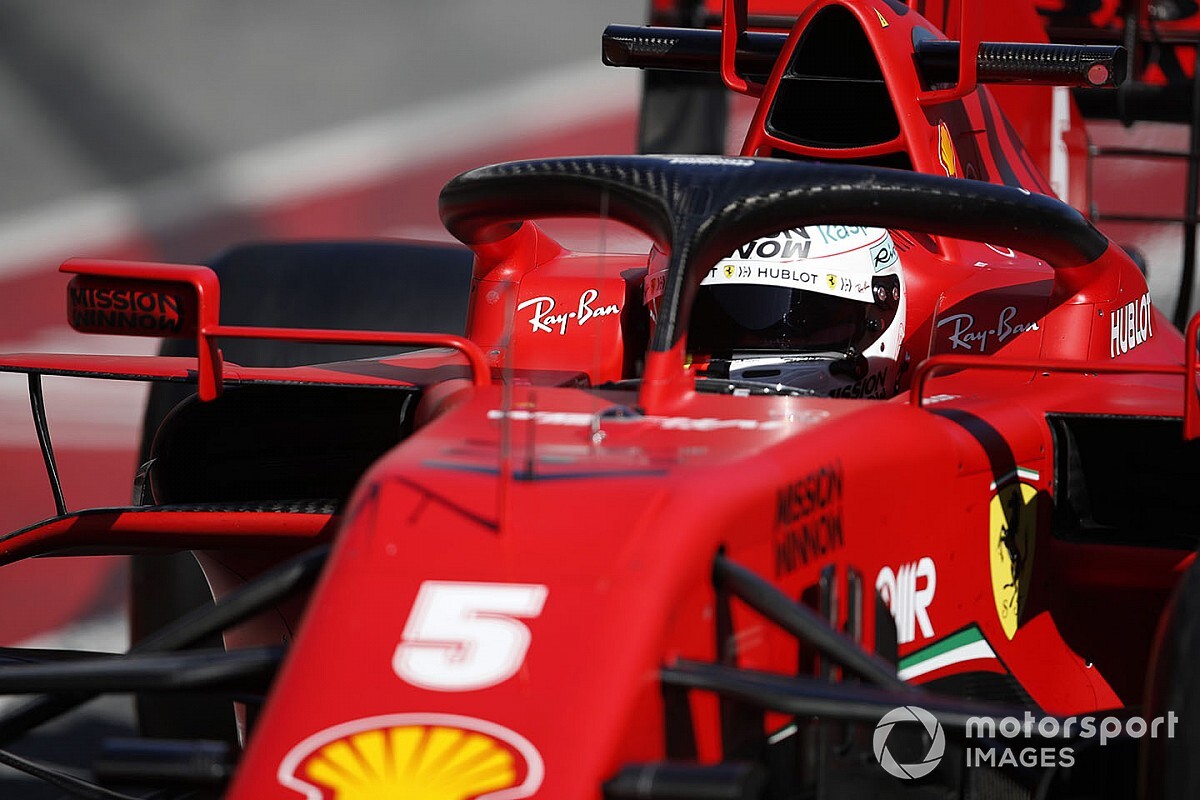 Ferrari has revealed that it considered running a Mercedes-style DAS system on its own car in the past, but decided against it because it felt it would not be legal.

Mercedes caught its rivals by surprise in pre-season testing last week when it revealed its DAS, which can adjust the toe angle of the front tyres for each corner through the steering wheel moving forward and backwards.

Rival teams are now looking into whether or not DAS is worth pursuing for themselves, especially with such a long lead time in terms of development and the fact it is banned for 2021.

Speaking at Barcelona on Wednesday, team boss Mattia Binotto said Ferrari had abandoned its own idea for DAS in the past, and is sceptical about whether or not it will pursue it now.

"The DAS system is something we considered in the past, but we didn't design and develop," he explained. "The reason why is the legality matter, which we didn't clarify with the FIA at the time.

"[But] secondly because we believe it's not worthwhile, at least for our car and our car concepts. We are looking at what the others are doing. At the moment, it's really a question mark. I'm not sure we'll develop it."

While the FIA's opinion is that DAS fully complies with the regulations, some outfits have questioned that view – and suggest that only a final answer on it will come at the Australian Grand Prix.

Binotto did not want to drawn in to his opinion on whether or not he felt it complied with the rules.

"I think it's difficult for us to judge," he said. "In terms of the exact system, I'm pretty sure the FIA will make their own judgement."

Gallery: How Ferrari bid farewell to Schumacher 11 years ago