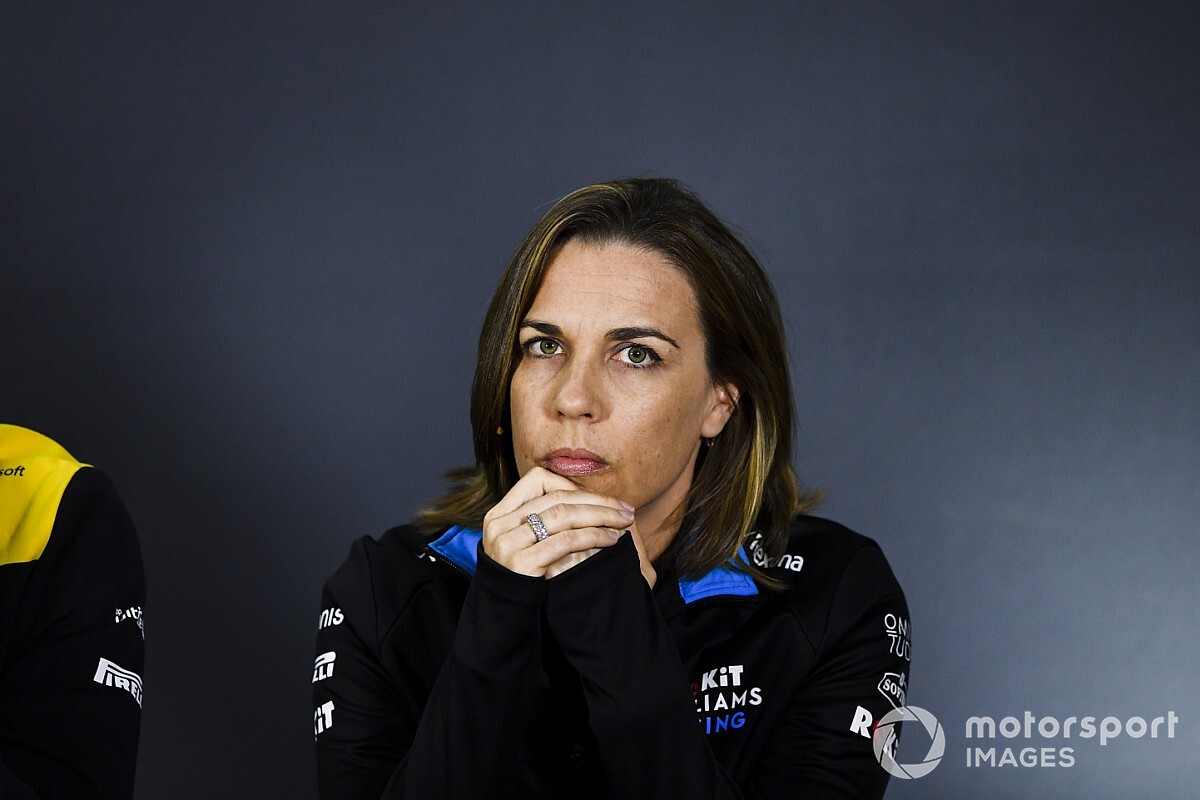 Claire Williams says it is "silly" and "makes no sense" that Ferrari can veto Formula 1 rules and is expected to keep that right despite sweeping changes planned for 2021.

F1's governance is a democratic process but Ferrari has had the ability to block a regulation change for decades.

Ferrari team principal Mattia Binotto said during the previous grand prix weekend in Spain that he was optimistic of keeping the veto amid discussions over F1's 2021 rule overhaul and Ferrari's negotiations to continue in grand prix racing.

Binotto said that Ferrari's veto was "not only protecting us, but it's protecting all the teams hopefully we can keep the same rights", but that has been countered by several of Ferrari's rivals.

Asked if she agreed with Ferrari's right to have a veto, Williams's deputy team principal said: "No, I think it's just silly, if I can be honest. I have a problem in our sport anyway in the fact I feel it's far too democratic. I've been quite open about that.

"I feel that F1 and the FIA should take more ownership in the regulations. We want it too much in a collegiate way, which is detrimental when we all have our own agendas.

"We need to be looking at this sport and its sustainability for the future, protecting it and protecting the true DNA of that. Doing that by committee can be very difficult. I don't think one team should have the right to a veto. That makes no sense to me at all."

Williams's stance was backed up by fellow team chiefs who joined her in Thursday's official FIA press conference in Monaco.

"You can view it two ways: it's a safety net because they're representing the teams but also they're representing Ferrari," he said. "Probably, if we're going for a clean sheet of paper, it would make sense for it not to be there, as Claire says, the same rules for everyone."

F1 and the FIA are finalising wide-ranging changes to the world championship, including sporting, technical, regulatory and financial matters.

"We need F1 to be progressive, rather than defensive," said Abiteboul. "An ability to block due process that can be perceived or deemed to be a positive for the sport is probably not good.

"We completely recognise the specific value of Ferrari to the sport, which can be reflected probably in the commercial agreement and not into the governance."

Brown joked that "it's very kind of him [Binotto] to offer to represent the teams' interests".

"I think we all have varying interests," said Brown. "So, we're best having our own individual negotiations, when and if that is appropriate. As Cyril said, Ferrari bring a tremendous amount to the sport, and that can be recognised in other ways."

The engineering students helping to create a 2019 Formula 1 car