Here is a first look at the changes being made to the Albert Park circuit to accomodate the faster new-generation 2017 Formula 1 cars.

As exclusively revealed by Motorsport.com, the Albert Park circuit in Melbourne is currently undergoing a number of safety-related revisions in order to deal with the increased speeds expected in 2017.

Based on data provided by the FIA, the Australian Grand Prix Corporation is expecting an increase of mid-corner speeds between 20 and 50 km/h on mid-to-high speed corners, later braking points to the tune of 20 to 30 metres, and lap times lowered by around three to four seconds. 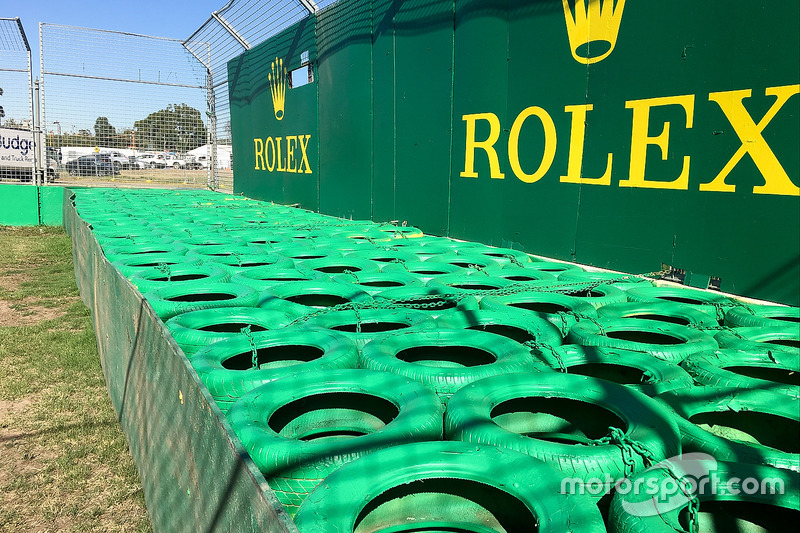 The major change at Turn 1 is the doubling of the width of the tyre wall at the very end of the run-off area from three rows to six.

Remarkably, the reinforced area is a massive 108 metres from the end of edge of the circuit across from the apex of Turn 1 to the conveyor belt that holds the tyres in place.

“If you stand here at the tyre wall and look back at the edge of the circuit, it gives you an idea of just how fast the cars are travelling,” explained Craig Moca, Division Manager of Infrastructure at the AGPC.

“The need to reinforce here even with the cars having to travel over the height of the gravel trap, it’s phenomenal.” 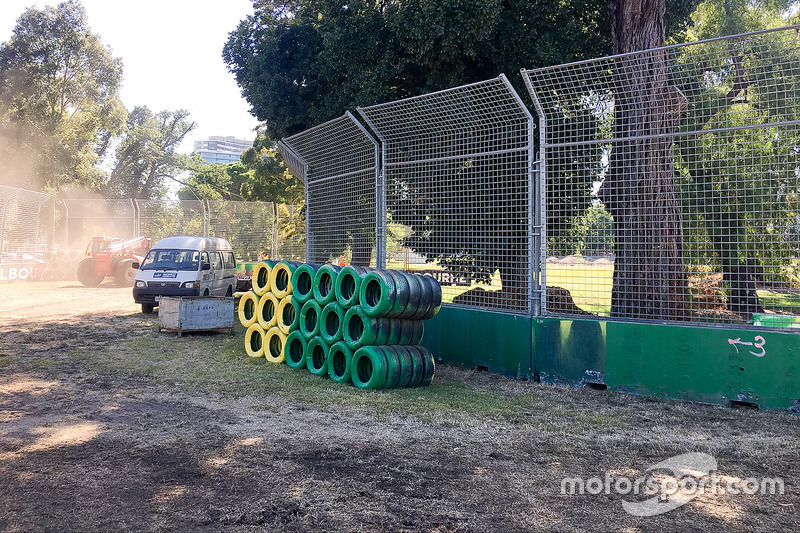 There is a 10-metre stretch at Turn 6 that has also been widened from three layers of tyres to six. The sticking point here is two trees that mean the lengthened area of run-off isn’t as wide as it otherwise would be.

“That’s always the challenge of building a circuit in a park,” added Moca. “You have to work around immovable objects, usually trees, and come up with different solutions.”

With a higher chance of a car impacting that area, the tyre wall has been reinforced and the tyres fitted with high-density polyethylene tube inserts. 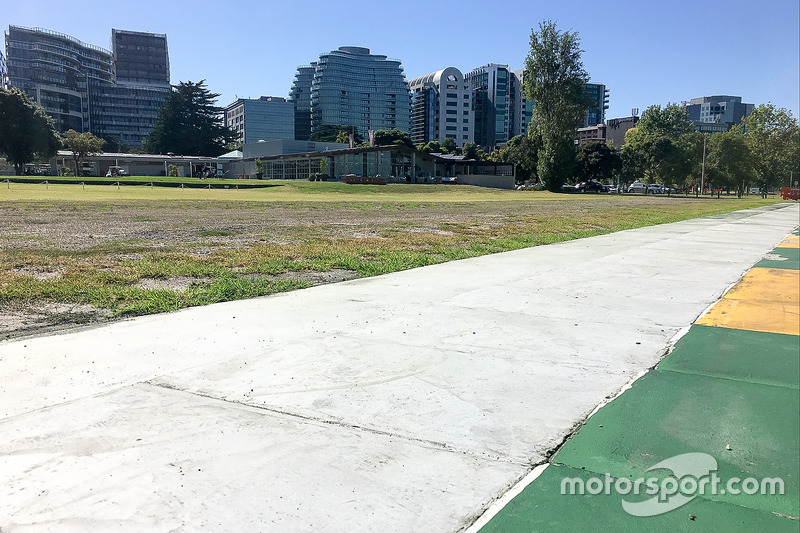 The brand new Tecpro barrier won’t actually be installed until race week, due to the Albert Park golf course still being in use. What has been installed, however, is a new double negative kerb, which is essentially a second ripple strip to discourage drivers from pushing their luck at 230 km/h and trying to run out onto the concrete. 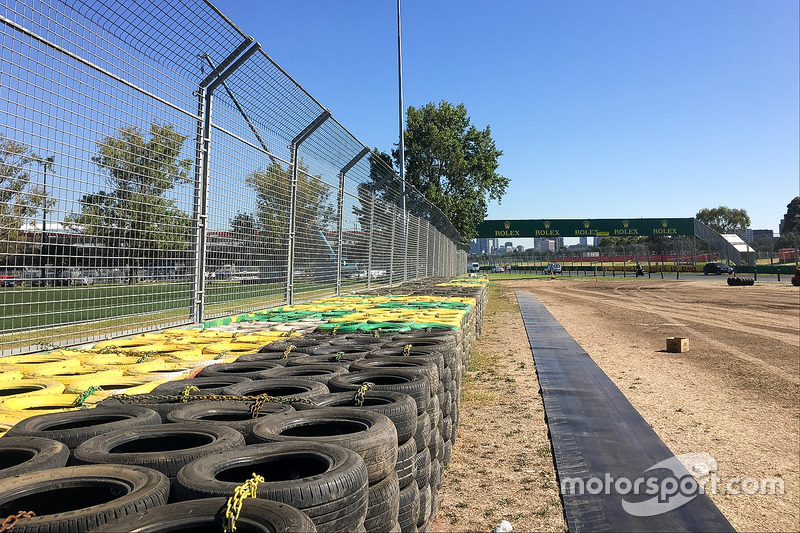 The expected increase of exit speed at Turn 13 has made Turn 14 a crucial part of the circuit when it comes to reinforcement. The entire barrier has been doubled in width from three to six tyres, every row will be fitted with high-density polyethylene tube inserts, and a brand new conveyor belt has been purchased to keep the whole thing in place.

“We’ve beefed this area up a hell of a lot,” said Moca. “We’ve purchased some new tyres and a brand new conveyor belt, and then there’s the HDPE tubes. It’s a big change compared to before.”

The revised circuit will undergo and inspection from the FIA on the Wednesday before the Australian Grand Prix, with support category practice and qualifying kicking off on Thursday March 23.