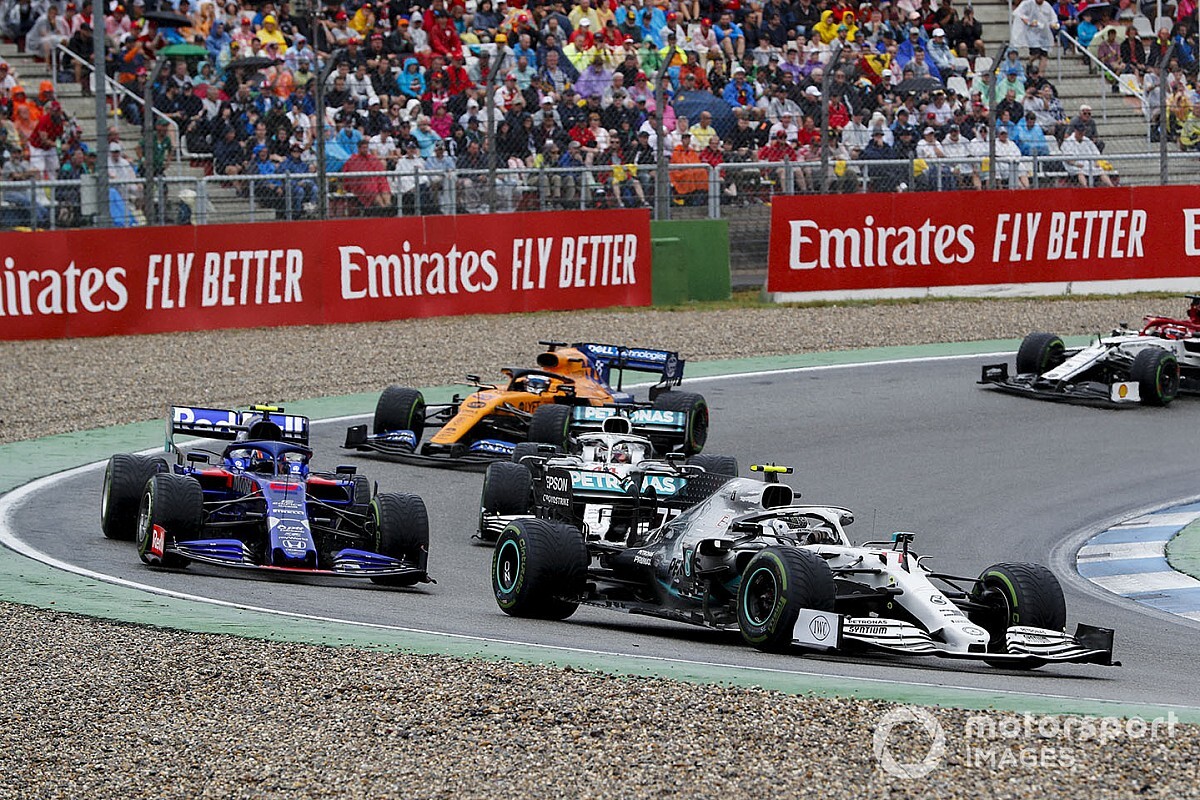 Formula 1 has agreed an exclusive and more lucrative TV deal with Sky Deutschland that will run from 2021.

The news comes after free-to-air broadcaster RTL announced that it won't cover F1 after the end of this season following a run of 30 years.

Previously, RTL and Sky had operated in parallel in the German market.

The new contract commits the latter to showing four races for free, while a 30-minute highlight show will be shown in free-to-air channel Sky Sport News HD.

Germany will also have its first dedicated 24/7 F1 channel, and there will be more social media content.

The deal represents some positive fiscal news for the F1 organisation after its 2020 income has been hit by the loss of race hosting fees, and potentially by reduced income from sponsors and broadcasters as the lack of races kicks in.

F1's director of media rights Ian Holmes said: "F1 and Sky have enjoyed a long-standing relationship, working well together to enhance the broadcast offering by providing comprehensive coverage of the sport for our passionate fan base.

"I am delighted that our work together will continue to build and strengthen the impressive quality of Sky's programming, as well as their digital reach."

RTL's intention to quit F1 and put a greater focus on football was officially confirmed on Sunday.

The broadcaster has been involved in F1 since 1991, the year that Michael Schumacher made his debut.

It built an audience on the back of the multiple world champion's success, and when he left, German interest switched to Sebastian Vettel and Nico Rosberg.

However, RTL has indicated that F1 no longer works financially.

"The competition for TV rights has changed," its managing director Jorg Graf noted on the company's website. "The market has overheated in some cases and thus left the very ambitious, yet economically justifiable framework that we have set ourselves.

"We are now going with all our strength and passion and focus on football as the number one TV sport and our recently acquired rights package."

Manfred Loppe, the head of RTL sports, added: "We have transmitted F1 over three decades with great love and passion, as well as a courageous willingness to innovate and invest.

"The greatest-reaching and most emotional, unforgettable moments of the premier class in racing remain forever connected to RTL."

Explaining the science behind F1 simulation