Hockenheim believes it can still secure a place on the 2019 Formula 1 calendar, helped by the success of this year’s German Grand Prix. 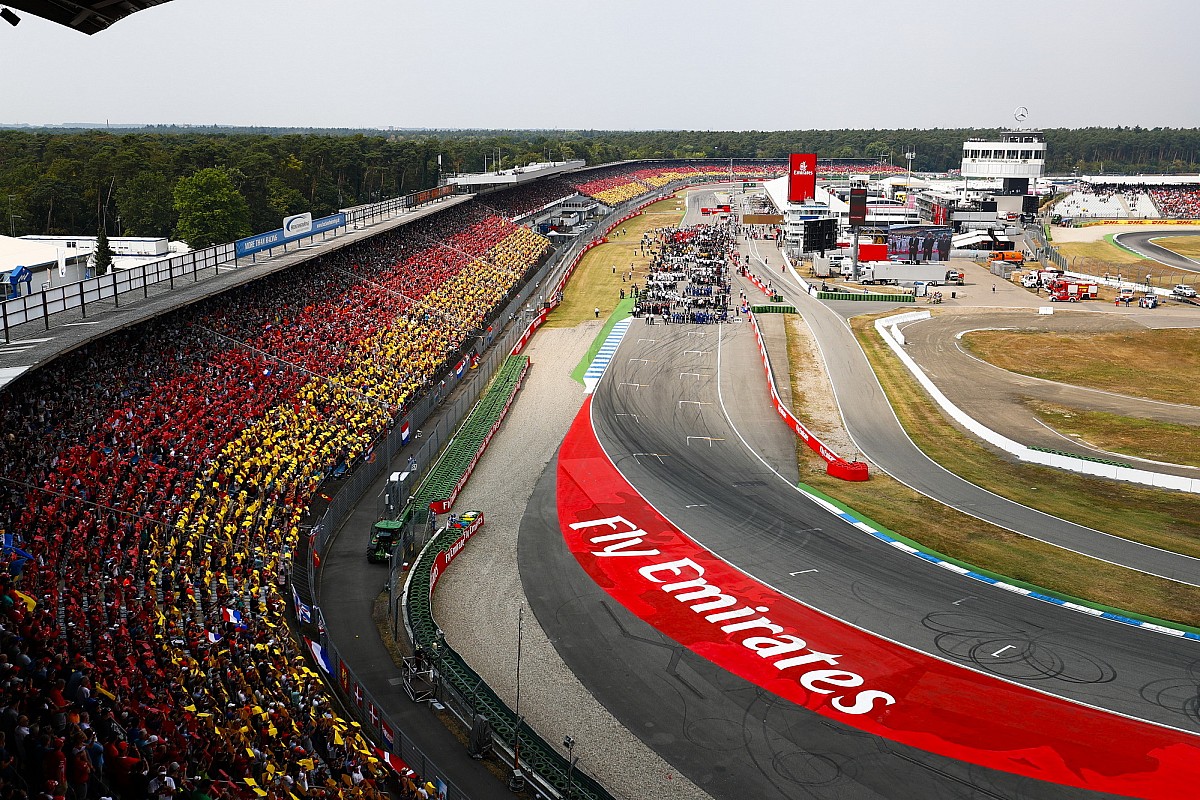 Despite the success of Mercedes and four-time world champion Sebastian Vettel driving for Ferrari, the German GP has struggled to establish itself as a popular and financially viable race in recent years.

Hockenheim and the Nurburgring alternated hosting duties from 2008 to 2013 but it has been a biennial race since 2014 as the Nurburgring’s financial situation grew worse.

However, this race’s German GP at Hockenheim was a surprise success, with 71,000 fans on raceday around 20 per cent above the average of the five F1 races it has held over the last 10 years.

While the Nurburgring is not pursuing negotiations with Liberty over holding a race next year, Hockenheim may yet be able to hold its first back-to-back GPs since the 2005/06 seasons.

Liberty has delayed a Miami Grand Prix to 2020 at the earliest, while talk has cooled over another potential new race in Vietnam.

While Liberty has never expressed a desire or need to have 21 races or more, meaning the calendar may shrink to 20 next year after all, its interest in new venues meant it was considering an expanded schedule.

With those new races not happening, Germany could find a place on the 2019 calendar without presenting a new logistical challenge.

However, Seiler made it clear he would not want the race to be a stop-gap.

"Our intention is not to step into the breach just because a place is available in the calendar in 2019,” he said. “We would like to bring about a long-term solution."

F1 commercial chief Sean Bratches told Reuters after last month’s race at Hockenheim that it was still keen on a German race, but said Germany, Britain and Austria posed unique challenges because they are not underpinned by government support.

Germany’s minister of transportation Andreas Scheuer was part of discussions during the race weekend, but such support exists on a symbolic level.

While it presented a message to Liberty that the country cares about F1, there will be no public funds for the grand prix.

“We’re not ready to wave the white flag yet on Germany for 2019,” said Bratches. “Everybody’s interested in making a deal. And there’s multiple circuits in this wonderful country.”

While that is true, Hockenheim appears the only realistic option for a grand prix.

The Nurburgring is not in a position to commit to F1’s hosting fees long-term, although it retains its desire to have a grand prix and even floated the possibility of a race on the Nordschleife.

Other circuits like Oschersleben and Lausitzring are not A-list venues, while the Sachsenring is a bike circuit.

Formula E has pulled off a race in Berlin, but that was scotched after just one year and the electric single-seater series had to return to its original German home on an apron at the disused Berlin Tempelhof airport facility.