Gutierrez targets F1 return on back of Mercedes role 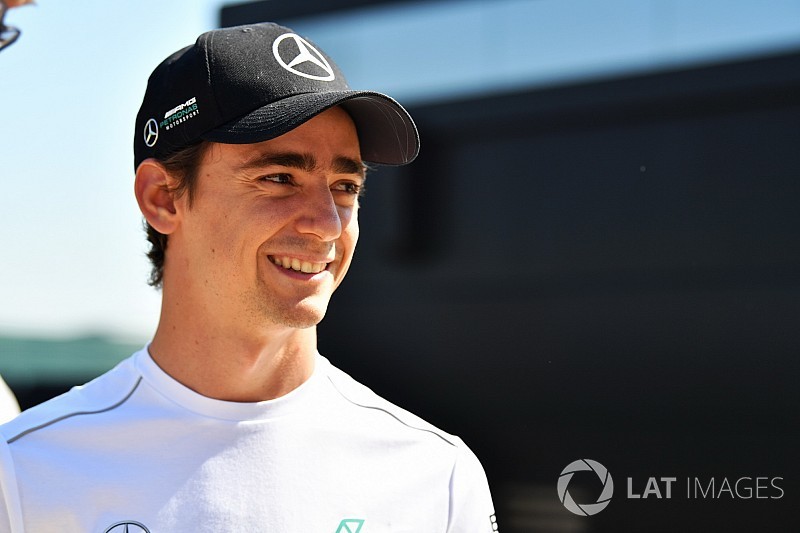 Former grand prix driver Esteban Gutierrez says his focus is now on getting back to Formula 1, having been working with Mercedes for the past six months.

The Mexican has been helping the Brackley-based team out with simulator and development work and feels that there is a chance for him to make an F1 comeback.

This weekend, he will return to an F1 cockpit for the first time since being dropped by Haas at the end of 2016 when he will demonstrate a Mercedes W07 as part of the British Grand Prix weekend.

Speaking to Motorsport.com about his plans, Gutierrez said: “This weekend I’ll be driving the world championship car of [my last] year, the one that I was following all year as the reference car.

“I’ve been working with the team [Mercedes] from the beginning of this year as a development driver, doing a lot of simulator, focusing on my preparation and getting to know the team. It’s great to be back and I want to thank the team for this opportunity.”

Although Gutierrez has made appearances in IndyCar and Formula E since leaving grand prix racing, he says that he does not want to give up on his F1 ambitions.

“Both were great opportunities to try what is out there,” he said. “I really enjoyed the new challenges, but my aim is Formula 1.

“I feel that I have a lot to give as a driver in Formula 1 and giving up is not an option for me. Anything is possible. That’s my goal and I am working hard for it.”

When asked if his Mercedes role could lead to a test in a 2018 car, he said: “I’m hoping for that. My objective is to contribute the team as much as I can.”

Gutierrez says he kept news of his Mercedes work secret because he did not want any distraction from his efforts with the team, but felt that the demo run at Silverstone was a good opportunity to speak about matters.

“I wanted my space to work quietly, with the team and also on myself, physically, mentally, in every aspect. This weekend was a great way to share the news with everyone.”

Live: Follow practice for the British GP as it happens