Lewis Hamilton believes he will be "a different athlete" in Formula 1 next season as revised driver weight rules will allow him to be slightly heavier.

Next season F1 will introduced a minimum weight for drivers, expected to be 80kg, instead of incorporating the driver into the total weight limit of the car.

This will reduce the disadvantage faced by taller and heavier competitors as well as the need to have an aggressive diet to save weight.

Hamilton switched to a plant-based diet last year and said his run to a fourth world title was partially down to that decision.

However, he is likely to use the new weight rules to bulk up and said he is excited by the prospect of being able change his training programme towards the end of this year.

"I should be a different athlete next year, I'm excited about that," said Hamilton.

To bring lighter drivers up to the new weight limit, teams will need to place ballast adjacent to the driver's seat.

Teams with lighter drivers currently have the freedom to place ballast lower in the car, which aids its centre-of-gravity and improves the balance.

That means the further a driver is from the new limit, the more ballast needs adding higher in the car.

"I don't see my healthy eating changing, I just generally like to eat well," added Hamilton.

"My comfortable weight is a little bit heavier than where I am, and every year all the drivers, particularly I guess the slightly taller ones, they're under more pressure to get thinner and skinnier and unhealthy.

"The rule is changing, which I think is cool. I'm excited to go and eat, increase my intake, I can be a little bit heavier next year, I can be a lot stronger.

"I still want to be quick and sharp and responsive, often if you're big and bulky, it doesn't mean that you're quicker.

"And weight up above is a higher centre of gravity, which I don't want to increase."

Hamilton had called himself "a little chubby for my liking" on Instagram while using his social media account to document a training push between the German and Hungarian GPs.

He said that was a result of him "trying to be a bit more open" and was an example of everybody feeling self-conscious.

"What I think it demonstrates is that, particularly on social media and that is a problem the world has, we all see people in the limelight looking a certain way," he said.

"Because they have got a filter on, you don't get a true representation or feeling of who that person is.

"I wake up sometimes and definitely have my insecurities. I have a six-pack but it's not as good as I like.

"There are certain things I have insecurities about, just like I'm sure every single person here would have insecurities, as do all those people that you might see on social media that look perfect." 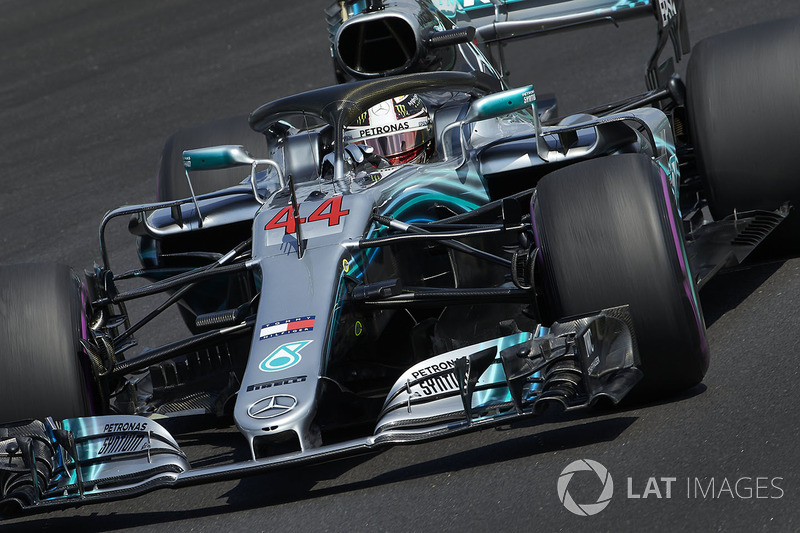 How will Ferrari fill its Enzo-inspired power vacuum?