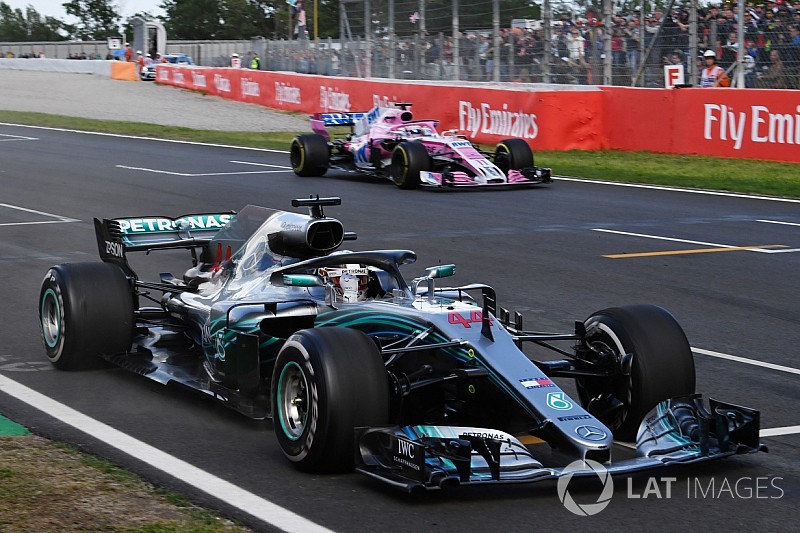 Lewis Hamilton says his dominant victory in the Spanish Grand Prix owed much to higher track temperatures at Barcelona, and that it will also play a key role next time out in Monaco.

Following his 20s victory over Mercedes teammate Valtteri Bottas, Hamilton said he "felt that synergy today which I hadn't been feeling for the whole year" – and believed this was more to do with the higher temperatures and understanding of his car than being track specific.

"I don't think it's solely the track, I think obviously testing was quite good here, everyone had a reading of what the track was like," said Hamilton.

"I think the fact that the sun was out mostly this weekend, and the track temperature, if [that] is 25 and above, it's definitely a little bit better than it has been in the previous circuits that we've been to.

"But I would say a small percentage was down to this track and the way it is, and obviously the following tracks will really kind of give us a much better understanding of if it is just the circuit – but I think it's really our understanding and our improvements that we're making to the car."

When asked if the result made him more confident for Monaco, he replied: "No, not really.

"Monaco is a tough track, just hope the weather's good there. If the weather's good, then neither of us will probably struggle with the tyres. If it's cold, like it has been in the coolest of days here, [it] could be difficult.

"I think you can only really take it one race at a time. Definitely this weekend we got ourselves onto the right path and I think the team just did an exceptional job, managing all aspects and improving in all areas.

"I said that I wanted to kind of win in the way that I won, and I guess when I was coming across the line I was just happy that I did it as I planned."