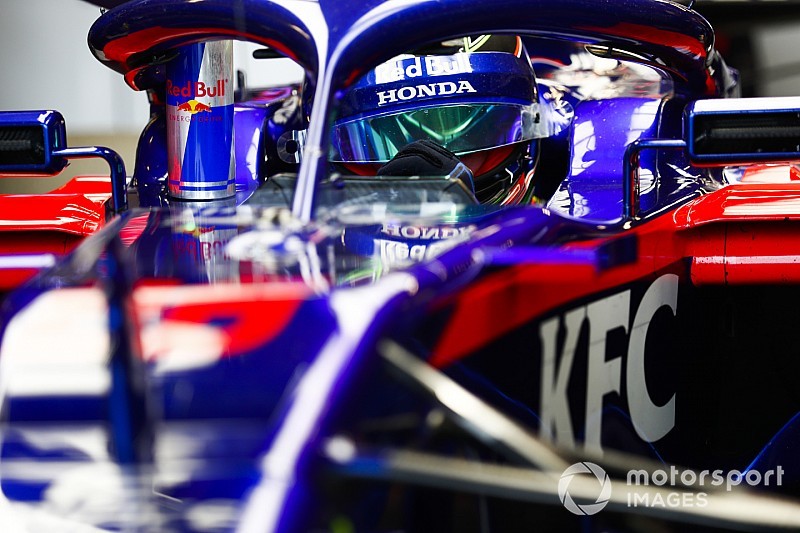 Brendon Hartley will have sole use of Toro Rosso's upgraded front wing and floor in Mexican Grand Prix practice as the team continues to assess the new package.

Toro Rosso introduced the update last week in the United States, with Pierre Gasly running it in all three practice sessions.

However, the team took it off ahead of qualifying because Friday's wet practice sessions made it tough to evaluate the upgraded parts and only having dry running in FP3 proved inconclusive.

Hartley said: "Definitely there's a lot for the engineers to look at, data-wise. I think Pierre wasn't happy with the balance in FP3 when he ran the aero so that's partly why they removed it.

"So it's going to be interesting to see how it performs, if we can get any more performance out of it.

"In terms of the rest of the weekend I think there's not a clear plan yet, it really depends how tomorrow goes."

Should the team decide to qualify and race with the new wing and floor, then it is expected to remain on Hartley's car.

The upgrade is viewed as vital for Toro Rosso to re-establish itself as a proper top-10 threat in the closing races.

Honda's upgraded engine is not enough on its own as the car is largely the same as it was at the start of the year thanks to the failure of most of the major upgrade introduced in Austria in July.

Gasly said: "In Austin it wasn't ideal with the weather conditions, so we had a new package that we could not run until P3.

"Basically, we need more mileage, more running with this one to really understand how to use the package and extract the full potential, so we took it off before the qualifying.

"This weekend we are going to run it again. We've got only one part, so this time Brendan is going to get it on the car and hopefully we can learn a bit more about how to use it."

Haas admits Magnussen exclusion caused by "too much risk"