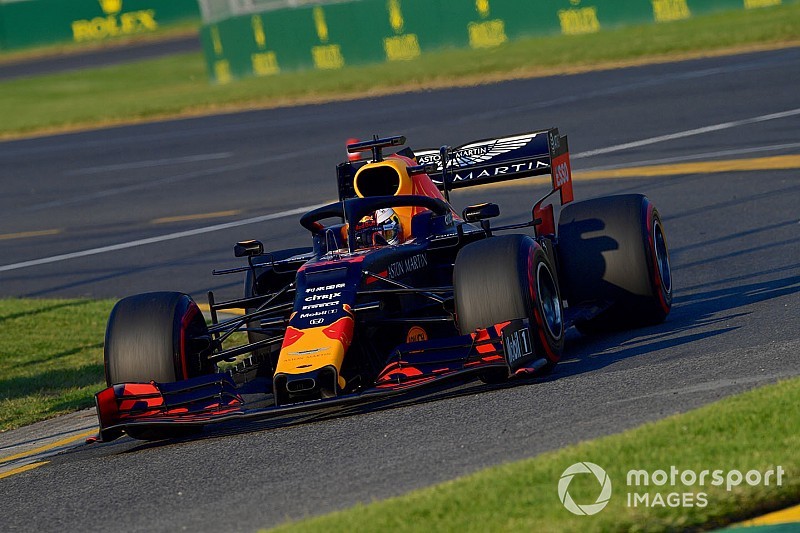 Honda has used a new post-race Twitter debrief with its Formula 1 fans to reflect on a podium-scoring debut with Red Bull and address the need for further gains to fully resolve its struggles of previous years.

Max Verstappen finished third in the 2019 season-opening Australian Grand Prix to give Honda its first V6 turbo-hybrid era podium on its first start with Red Bull.

It comes after three years of dismal results with McLaren and an encouraging, but podium-free, season with Red Bull's junior team in Toro Rosso last season.

Honda has launched a new Twitter-based #HondaDebrief for 2019 in which it invites its fans to comment on its grand prix weekend, and discusses a selection of those comments.

In response to one user urging it not to get complacent and saying "whatever you're doing with your power unit, keep it up", Honda reiterated its commitment to further gains.

"We're still pushing hard to build the best power unit on the grid," Honda said. "We know one trip to the podium doesn't mean years of struggles are resolved overnight."

Another user tweeted their hope that "reliability will not be an issue" and how keen they were to see the progress of the engine, which they described as "the best sound on the grid".

Honda responded: "It was an enjoyable Sunday, but we know the battle we face up and down the grid.

"We're hard at work trying to make sure performance gains can be matched with reliability."

Honda said Albon did a "great job" to go from zero testing mileage before pre-season at Barcelona to finishing 14th on his debut, adding that it was "really looking forward to this season with him as he finds his feet in F1 and we push on together".

On Gasly, who has the same power unit engineer as he had at Toro Rosso last year, Honda lamented the qualifying setback that left him fighting from the back of the grid and without points on his first race with Red Bull.

Responding to a user who said they would have loved to see Gasly in the mix, Honda replied: "As would we, but that's the way this sport goes sometimes.

"It's been good starting our relationship with Red Bull at the same time as Pierre – he still has his same PU engineer from Toro Rosso."

How did Norris really fare on his F1 debut?