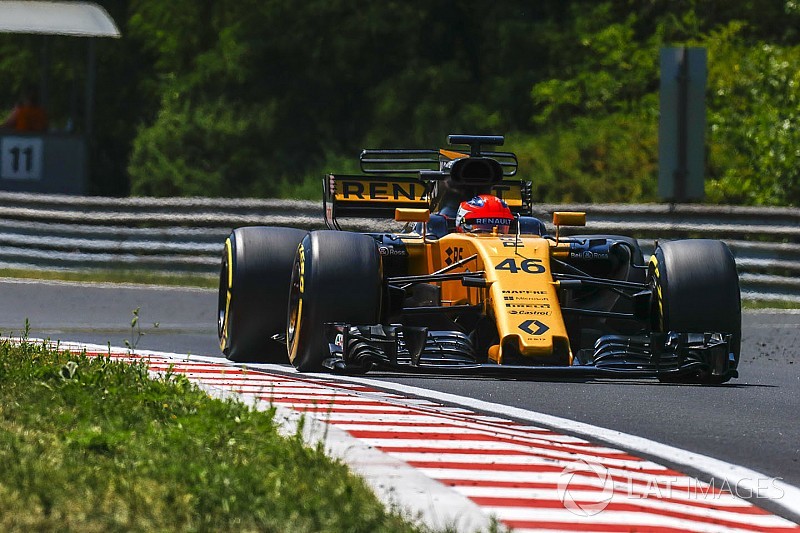 Nico Hulkenberg says he was impressed by Robert Kubica completing over 140 laps behind the wheel of the Renault RS17 at the Hungaroring last week.

Having tested the 2012 Lotus E20 at Valencia and Paul Ricard earlier this year, Kubica drove Renault's 2017-spec F1 car on the second and final day of the in-season test in Hungary.

“To be honest, I don’t have much information. I wasn’t on-site. I had some information and I obviously saw the laptimes. I think, for him personally, obviously a great comeback”, Renault driver Hulkenberg told Motorsport.com at the Gamma Racing Day event in the Netherlands.

“After the severe accident and injuries he had to come back and drive a modern Formula 1 car and to do 140 laps, just like that, is quite impressive.

"Especially at a track like Budapest, which is very physical. So respect for that. And I think the performance also, it seemed alright.

“So I’m not sure what’s going to happen, what Renault wants to do, but the test was OK, I think.”

Hulkenberg says he is reasonably happy about how his first season with the Renault F1 team has unfolded so far, after having racked up 26 points in his first 11 races for the Enstone outfit.

“To be honest, I’m fairly satisfied. I think it went pretty much as per expectation, you know. What we thought in the winter where we would be, we really turned out to be there”, the German said.

“It’s possible to score points every now and then. Actually, we had a few hiccups in a couple of races, where we actually left some points on the road. But overall, not bad.

“Obviously, car performance, recently we made some really good improvements, a step forward, but there is still a lot of room for improvement in all the different areas.

"So we still have a long road ahead of us, but I feel the second half of the season should offer us some opportunities.”

Hulkenberg, who broke the unofficial track record of the Assen TT Circuit during his visit to the Gamma Racing Day by setting a 1m17.02s with the E20 demo car, reckons fifth place in the constructors’ championship is still feasible for Renault.

“I think it is achievable. It won’t be easy. We really have to get sweet race weekends, pretty much all of them, which is never easy. But I feel now the car has more potential than in the first half.

“This should allow us to go for better results. The top six is always the top three teams. If the top six cars make it, they are always in front of us. They are just too far ahead at the moment.

“But certainly I feel that we can score a good bunch of points in the second part of the season. And hopefully [we can achieve] even a bit more and set the odd highlight.”