Long-time halo critic Nico Hulkenberg says he still has mixed feelings about the driver safety device, despite the role it appears to have played in Charles Leclerc escaping injury in a big crash at the Belgian Grand Prix.

Hulkenberg has hated the look of the halo since it arrived in Formula 1, but is well aware that many of those who disliked the cockpit protection system before have changed their mind since the Spa pile-up.

But after being asked ahead of the Italian GP whether his own opinion had changed, especially since he triggered the crash last weekend, Hulkenberg says he is still not completely won over.

“I think whilst I am still not a big fan of halo and the device, I have to see the facts and admit that it does bring something to F1, especially the safety we appreciate in the car,” he said.

“So, divided, mixed feelings about it still, but it is not down to me anyway, and it is what it is.”

Hulkenberg is clear, however, that the safety credentials of the halo are now beyond doubt.

“For sure it has proven pretty useful and a good device,” he said. “We can only speculate on what would have happened without it, but it looks pretty clear from the point the tyre marks were all over the halo.

"So from that point of view it has done a very good job to keep the head safe.”

Hulkenberg is not alone in continuing to dislike the look of the halo, with Kevin Magnussen also reiterating he does not care for it.

“I am just happy that no one got hurt - and you know in reality no one wants to get hurt and no one wants anyone else to get hurt," said the Haas driver. "So that’s really the end of the story.

“But you know it doesn't change the fact that my idea of Formula 1 is without halo, like my idea of motorbike is two wheels.

"But then of course you ask yourself, when you see that the halo just saved a life, you are not going to say 'oh, I wish it wasn't there’. Of course you're happy that it was there in that case.”

Leclerc himself said that the fact he was able to walk away from such a crash – even though it is not proven that Alonso’s car would have hit his head – says that arguments over the halo’s look should now end.

“Looking back at the images, we cannot know what will have happened without it, but obviously I was quite happy to have it over my head,” he said.

“And it deserves to be in F1 now. Whether it looks good or bad, I don’t think that matters any more.” 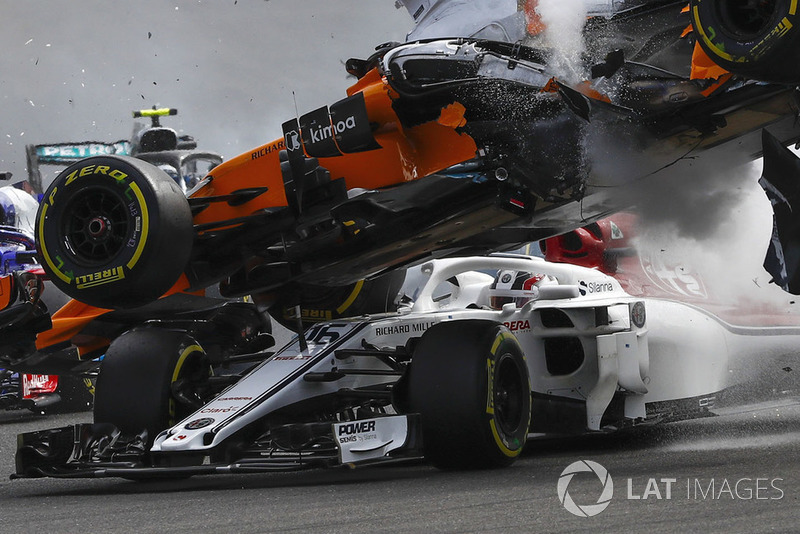 Is F1 heading towards a 'slave team' future?