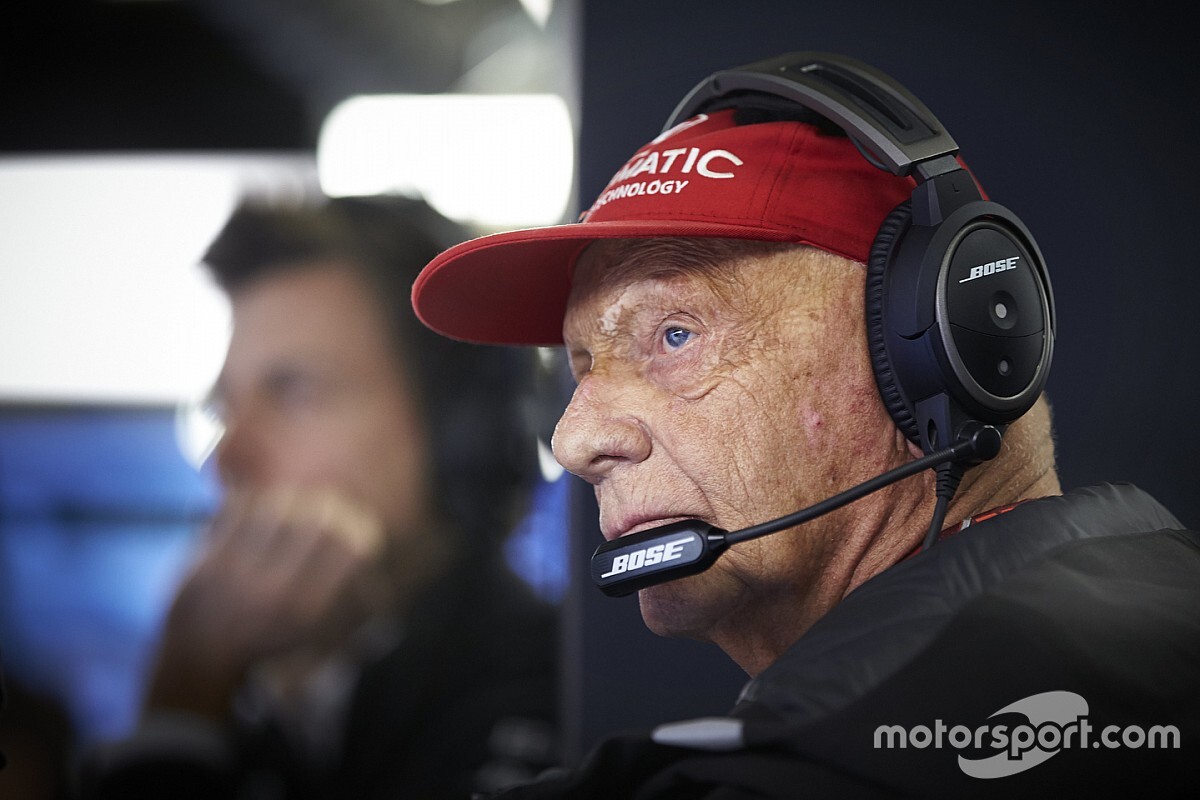 Doctors who carried out Niki Lauda’s lung transplant say his life expectancy without the operation was mere days or weeks.

A total of seven specialists today provided detailed information on the circumstances that led to his emergency operation.

Marco Idzko, head of the hospital’s division of pulmonology, explained: “Mr Lauda suffered from a so-called haemorrhagic alveolitis. This is an inflammation of the alveoli [the air sacs inside the lungs], which has been accompanied by bleeding into the pulmonary tissue and respiratory tract.”

After he was taken ill, Lauda received immunosuppressive therapy, which led to “a significant improvement in the respiratory situation”.

However, acute lung disease then occurred in the 69-year-old, meaning that immune cells in the blood migrated into his lungs and attacked the tissue there.

“This ultimately leads to the destruction and loss of functional lung tissue – and the patient is no longer able to absorb enough oxygen through his lungs,” added Idzko, who said this scenario carries a high mortality rate.

With further drug therapy options limited, Lauda had to be given mechanical ventilation in the intensive care unit.

“Unfortunately, after 10 days in intensive care, because of a critical oxygen supply, therapy escalated,” says cardiologist Gottfried Heinz. “We had to perform a mechanical lung replacement, an ECMO – an extracorporeal membrane oxygenation.”

At this point,they said Lauda had a life expectancy of only a few days, which resulted in him being listed for transplant and assigned a high LAS (Lung Allocation Score) that measures the urgency rating according to objective criteria.

“We could assume that he would be assigned an suitable organ within the next few days,” said thoracic surgeon Konrad Hotzenecker, who performed the transplant last Thursday together with Walter Klepetko and his team.

“The average waiting time in this case is five days.”

Lauda was fitted with a new donor lung that his physicians say has settled well into his body.

“The lung has an excellent primary function, so that we were able to remove the circulatory support, the ECMO, in the operating theatre,” explained Hotzenecker. “The graft lung has taken over its function well.”

Cardiology director Christian Hengstenberg added: “We can state that the patient survived it excellently and could already be extubated after 24 hours. That means, the tube in the lung could be removed and the patient could breathe spontaneously.

“This is extremely important for us and for the entire healing process as well. We can see that he is fully conscious and that all the institutions are functioning properly. Everything is completely in order. It's a very, very gratifying development.”

The doctors reported that patients can leave the hospital after two or three weeks after this operation, although in Lauda’s case this could take a little longer due to the situation in the intensive care unit.

He is receiving an intensive physiotherapeutic and respiratory programme, and numerous drugs.

The physicians have given Lauda a good prognosis for recovery: “Our survival rates are over 90 percent after one year, and around 75 percent after five years," said thoracic surgeon Peter Jaksch, who emphasized that patients usually have a good quality of life afterwards.

Klepetko said it would not reduce Lauda’s ability to return to work.

“Future activities should not differ significantly from previous activities – if all goes well,” said Klepetko.

“The situation is such that we really expect him to be able to return to a life that is normal for him. Time will tell whether we will reach our goal.”