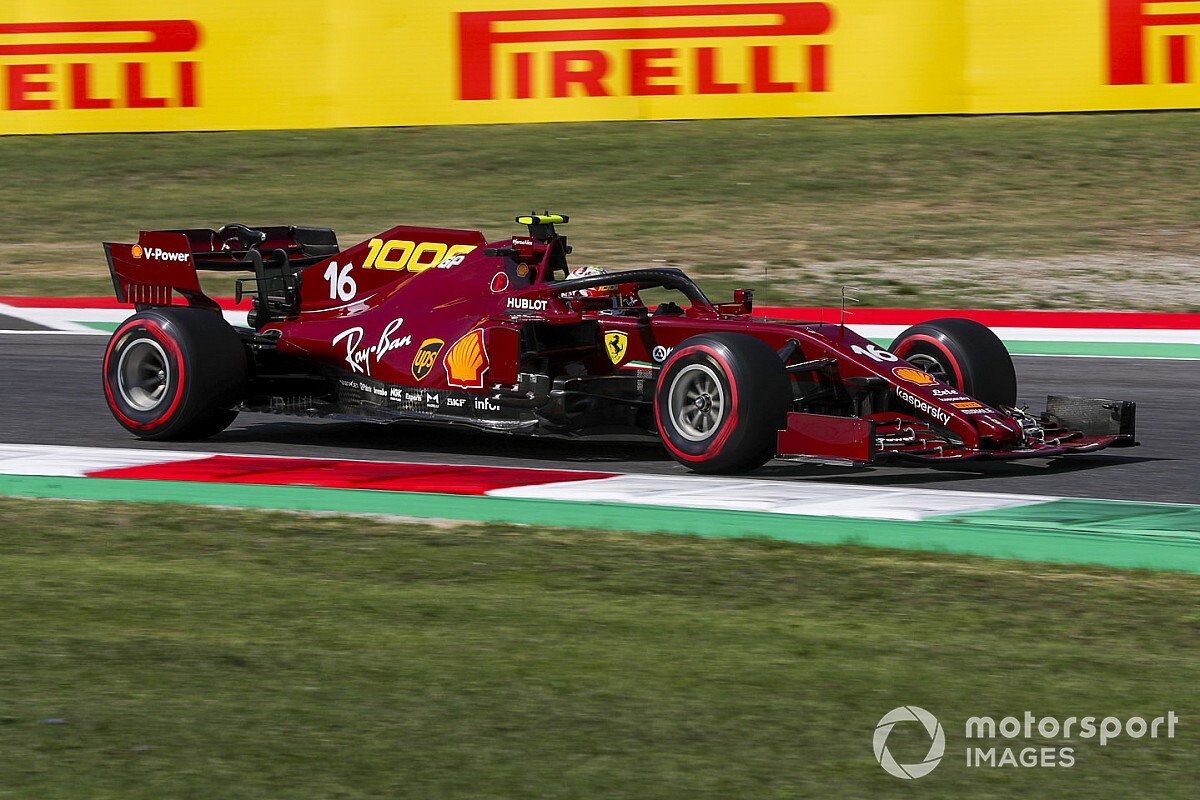 Charles Leclerc put his "surprise" third-place finish in opening practice for the Tuscan Grand Prix down to Ferrari's prior track experience at Mugello.

Following two difficult race weekends at Spa and Monza that saw Ferrari fail to score any points, Leclerc was a surprise name near the top of the timesheets in first practice on Friday.

But Leclerc dropped to 10th in second practice, with teammate Sebastian Vettel finishing two places further back in 12th.

Asked about Ferrari's promising showing in FP1, Leclerc said he thought it was a result of the filming day the team had completed at Mugello in June, which meant it did not have to spend the first session learning the track like other teams.

"It was positive, but on the other hand, when it's going positive, we need to understand why," Leclerc said.

"To be honest, it was a bit of a surprise for everyone.

"I have my personal opinion: we have done a filming day which helped us to get in a rhythm of the track, as for all the other drivers, it was a new track.

"So maybe this helped us a little bit. But in FP2 it was more where we expected to be.

"I believe that it's all very close, and I believe that we can do a step, a positive step forward tomorrow. I have some optimism."

Both Leclerc and Vettel had spins during second practice on Friday at Mugello, while Vettel then suffered a loss of power that forced him to park up at the side of the track after the chequered flag had ended the session.

Vettel said the Ferrari SF1000 car felt like "quite a handful" around Mugello, and that there was work for the team to do ahead of qualifying on Saturday.

"It's a nice track, obviously nice scenery, and you enjoy that a lot," Vettel said. "Obviously it's quite brutal on tyres, so you get one lap and then it's quite different after that. It's definitely fun to drive.

"We're working on it, and I still think we have plenty of work ahead to try and improve it. We'll see. I'm not happy yet, but it's Friday and that's what Fridays are for.

"I think we can make [the car] better, but it will be a fight, so obviously it's quite a tough circuit in terms of needing the balance that you would like from the car.

"I'm sure we will find some small bits."

McLaren interested in Perez if he considers IndyCar switch