A crowdfunding page has been set up to raise money for ex-Formula 1 driver Martin Donnelly following a moped accident which could result in him losing a leg. 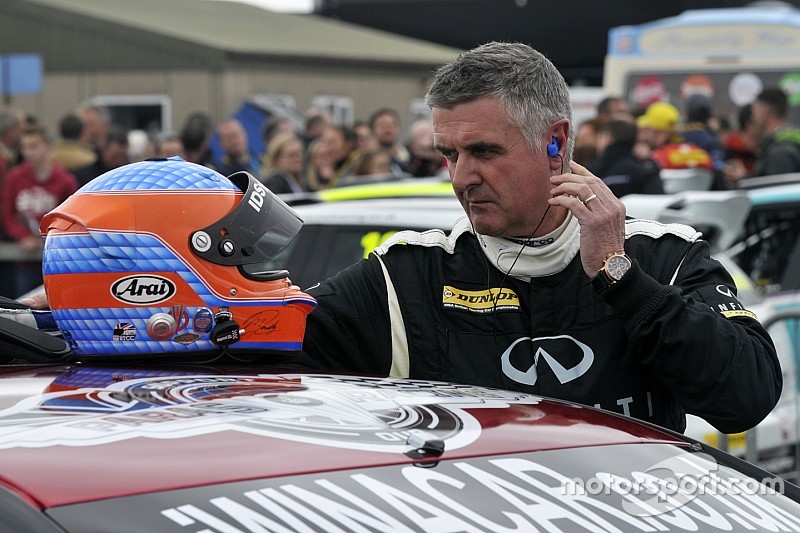 On a recent charity moped ride in Ireland, the former British Touring Car Championship driver fell and was hit by another rider.

Jonathan Lewis, who was due to start a Ginetta Junior team with Donnelly for the 2019 season, has started a GoFundMe campaign for Donnelly while he is unable to work.

"[Martin] never made any money in Formula 1," the campaign said. "He works his nuts off every week instructing and doing anything he can to try and pay his way.

"Only last week Martin set off on a moped to ride around Ireland to raise money for the Teenage Cancer Trust. During this event he fell off his moped and was hit by another rider – this has broken his already damaged leg just above his knee.

"There is a real possibility Martin will lose his leg – something Martin has fought for over 30 years to keep."

The statement added that Donnelly has already had an operation to pin the leg, but it appears as though he has contracted a subsequent infection.

"Every day, it's looking worse not better," Lewis wrote. "Basically Martin cannot work for a minimum of three months, if at all, and he has no savings."

The original target was to raise £10,000 but that goal was reached within less than 24 hours of the campaign's start. Organisers have raised the goal to £25,000 as a result.

In practice for the 1990 Spanish Grand Prix at Jerez, Donnelly suffered a high-speed crash. He was thrown from the cockpit of his Lotus 102, and received brain and lung contusions as well as multiple leg fractures, which almost required amputation.

Mercedes: Winning mindset not down to "tree-hugging" ideas