McLaren: No "mission impossible" to fight top three in 2021

McLaren boss Andreas Seidl says it is not "mission impossible" for his team to be in a position to challenge Formula 1's top three from the 2021 season, but he is also realistic about its own ambitions. 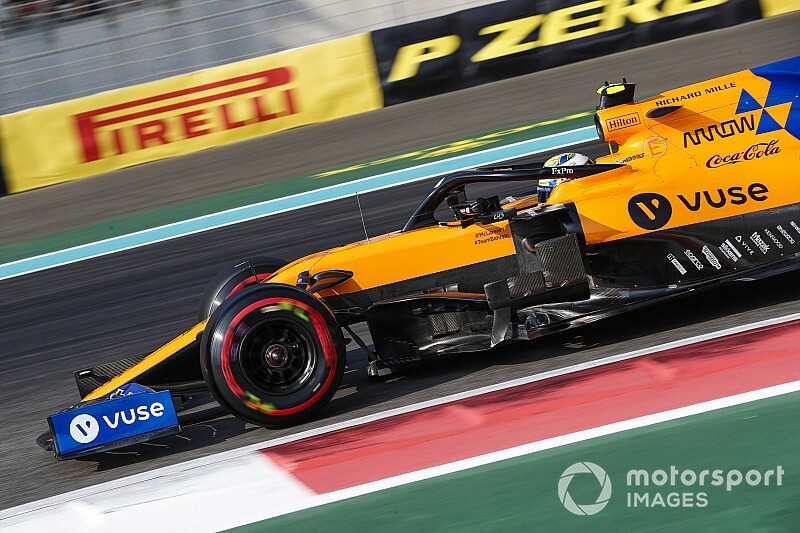 A planned major rules overhaul is seen by several teams as an opportunity to break the status quo that has seen Mercedes, Ferrari and Red Bull win every race between them since the hybrid era started in 2014.

McLaren will switch to Mercedes engines for 2021, meaning it will be powered by the same unit that has won the last six championships.

Although Seidl concedes the top three will continue to run at the front even after the regulations change, he believes a significant leap for his team can't be ruled out.

"Short-term, my target is clearly that with next year's car we can make the next step, but at the same time we need to be realistic," said Seidl.

"For me, a very good step will be if we could jump somewhere in between where we are now and where these top teams are in terms of laptime, which would be a great achievement, but it's still hard work to get there because the top three teams will continue working on their cars as well."

He added: "The top three teams for this new era of Formula 1, they're not just where they are right now because of having more budget, they simply do a better job. So this means automatically also for '21 they will have a head-start.

"And the budget cap also will only kick in from '21 onwards, so there we need to be realistic, they will still be at the front from 2021 onwards.

"But still, we have also seen in the past, it's not a 'mission impossible'. We just need to be realistic and also be patient enough whilst also having ambitious targets but be realistic that [it] simply takes time until everything falls into place.

"That wasn't different for a Mercedes or a Red Bull when they started. The most important thing is to have a clear vision, a clear plan of how we want to tackle the future, how to get everything in place step by step. And then it's just down to us to make it happen as a team."

McLaren finished in fourth place in the constructors' championship in 2019, its best result since it was third in 2012.