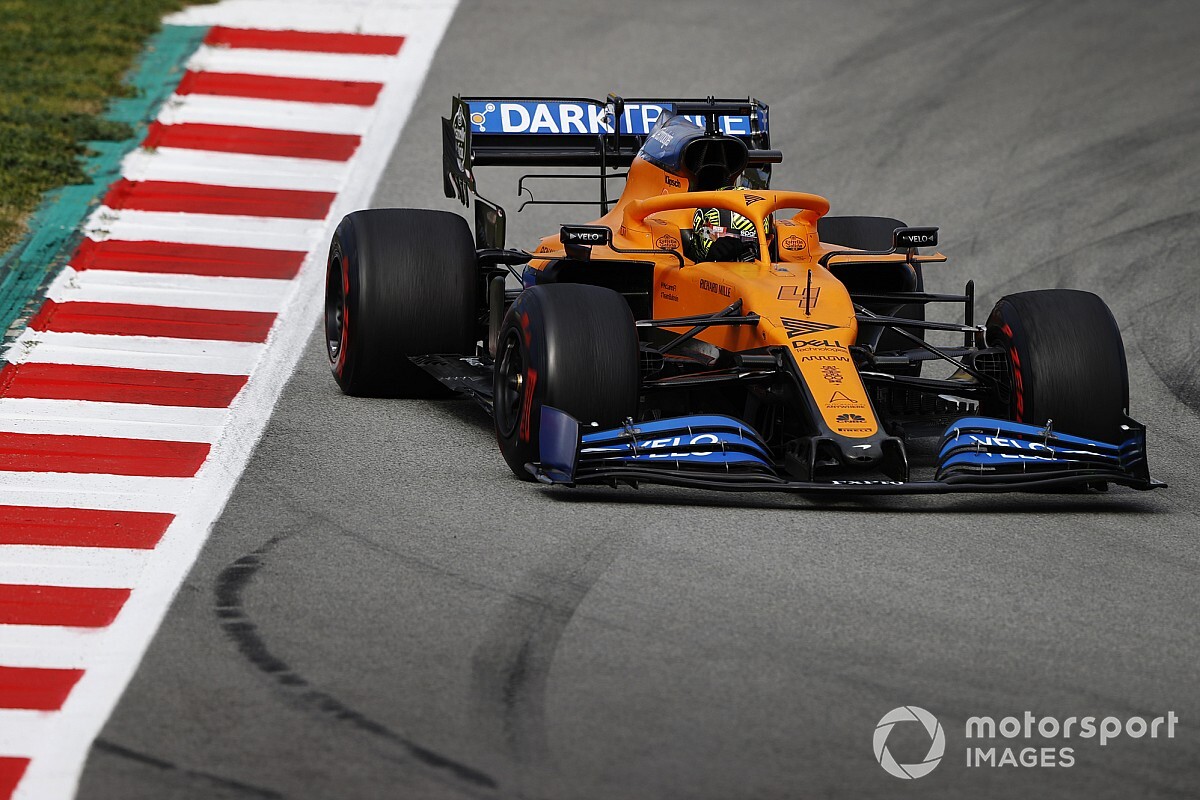 McLaren is unable to test a two-year-old Formula 1 car to help drivers Lando Norris and Carlos Sainz prepare for the delayed start to the 2020 season.

With the 2020 campaign set to begin in Austria on 5 July, teams and drivers have been stepping up their preparations in recent weeks.

Mercedes will complete a two-day test at Silverstone on Tuesday and Wednesday using a 2018-spec F1 car, as permitted by the sporting regulations, while Ferrari is also expected to hold a private test in similar circumstances.

"On the drivers' side, unfortunately we don't have this possibility of having a car that is two years old and we could operate, because of all the powertrain switches we had here in recent years," Seidl said in an interview on Sky Sports F1.

"But as you have seen already, Lando was doing some karting and F3 testing.

"We're looking into the second thing also now with Carlos to have the drivers ready, and also we will do some simulator work with them."

McLaren's most recent eligible F1 car for private testing is the 2018-spec MCL33, which was driven by Fernando Alonso and Stoffel Vandoorne.

While the car still used power units supplied by current partner Renault, McLaren's pending switch to Mercedes engines for the 2021 season may have complicated matters.

Despite the inability to complete on-track running with an F1 car, Seidl said the McLaren race team was working hard on new procedures in time for the opening race in Austria.

"We are preparing the cars at the moment. We are trying to go through the procedures and processes in the garage for these new circumstances with all the social distancing," Seidl said.

"I'm happy with the steps we are taking here as a team. I think with what we know now, the process that has been outlined from the FIA and Formula 1 in terms of how we actually execute the race weekend in Austria.

"We have clarity there as well, and it's simply about focusing on preparation for the next weeks, and hopefully have a good start in Austria."

No new manufacturers expected to join F1 before 2026