Mercedes boss Toto Wolff says his team will not embark on a "fishing mission" to try to lure other top line Formula 1 drivers on board for 2021 until it knows what Lewis Hamilton is doing. 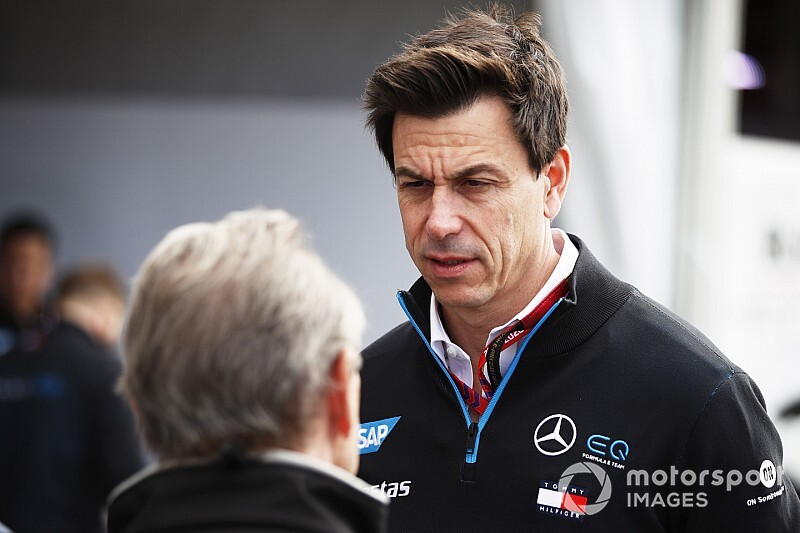 The driver market silly season kicked off over the Abu Dhabi weekend as speculation in the Italian media suggested that Ferrari chairman John Elkann had already made contact with Hamilton.

That prompted a response from Wolff, who said that his outfit was "totally okay" if Hamilton had spoken to Ferrari, and explained it was important that future talks were approached in a transparent manner.

If Hamilton were to leave, then Red Bull's Max Verstappen would be the favourite to replace him should the Dutchman feel that the German car manufacturer offered him a better chance in the future.

But despite having been linked several times with Verstappen in the past, Wolff says that Mercedes will not consider sounding out other drivers until it has decided one way or another what is going to happen with Hamilton.

"I think that the values within the team are that loyalty and integrity are absolutely number one on the list," said Wolff. "Understanding Lewis' position and objectives will be key for any decision that we take.

"So we will not embark on a fishing mission with potential drivers out there before Lewis and us have had this discussion. And that hasn't taken place because we wanted to wrap up the season, and then we'll see how that goes.

"And because we're having a consensual relationship, we need both sides to be happy."

While there is potential for Mercedes to be left without many options if Hamilton leaves and other drivers have committed elsewhere, Wolff says he does not feel that he needs to rush getting things sorted.

"I don't think it is particularly damaging not come to conclusions quickly," he explained. "I know that we want to have the strongest possible line-up in 2021 and there's a full year to go.

"I think the silly season is going to start soon and conversations are going to begin. And whether we know our driver line-up in April, July or October is not important."

Verstappen: Alonso return without strong car a "waste of time"