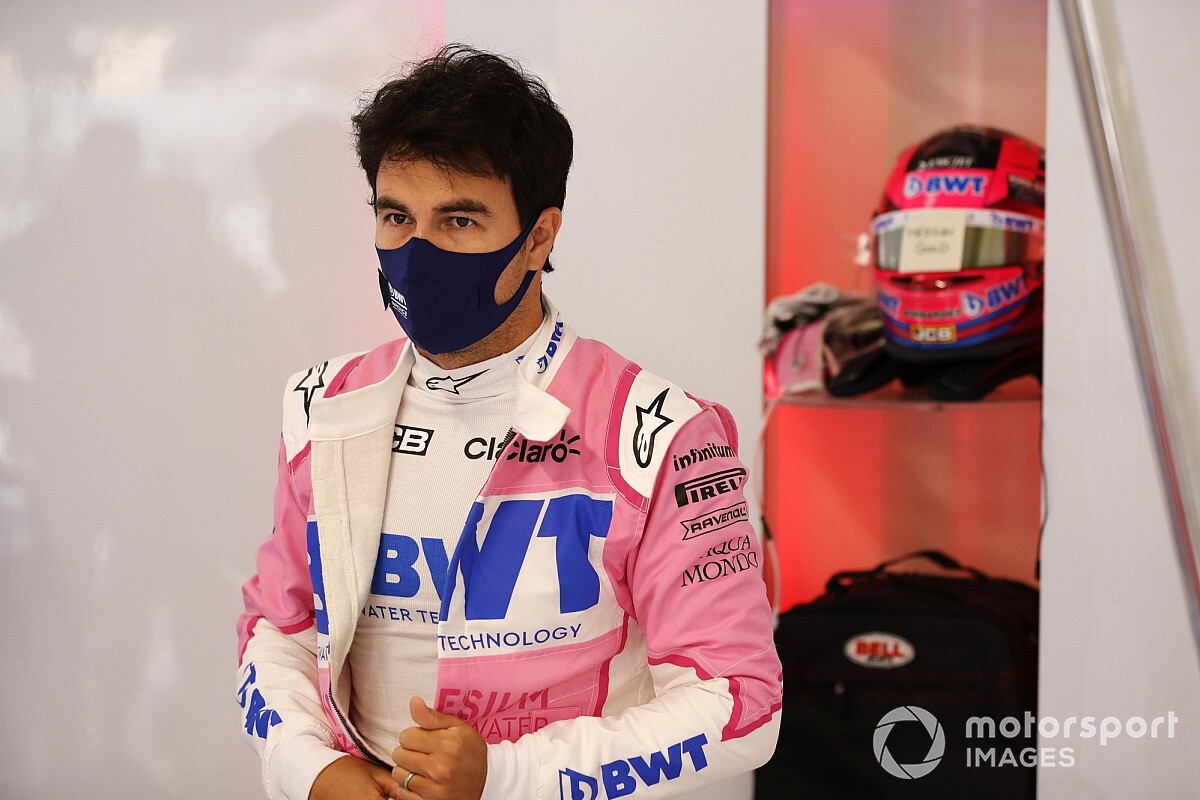 Sergio Perez is currently in self-isolation as he awaits a COVID-19 re-test following an inconclusive result ahead of the British Grand Prix at Silverstone.

Racing Point driver Perez was due to be present for the FIA press conference on Thursday afternoon at Silverstone, but the team was only represented by Lance Stroll.

A spokesman for Racing Point said there was no further information beyond the FIA's comment.

"Checo is not at the circuit today following an inconclusive test result," he said.

"He is self-isolating awaiting the results of a re-test."

All paddock personnel are required to undergo a test for COVID-19 at least every five days, as set out by the FIA in its protocols for the grands prix this season.

Racing Point would be due to call on one of Mercedes' reserve drivers for the race weekend should Perez test positive for COVID-19, as part of an agreement with the team.

It is likely that Esteban Gutierrez would be set to make his first F1 start since his last appearance for Haas at the end of the 2016 season if Perez was ruled out.

But Vandoorne is not set to be on-site at Silverstone this weekend as he prepares for the final six races of the Formula E season in Berlin, taking place across a nine-day period that starts next Wednesday.

A second test for Perez is part of the FIA's protocols when screening all paddock personnel for COVID-19, but is the first time it has been made public that a driver has been required to conduct a re-test.

F1 has reported the results of more than 15,000 COVID-19 tests so far, with only two being confirmed as positive.

Both of these were recorded in Hungary two weeks ago, and neither individual had been in Austria at the opening two rounds.

How the British GP was saved for 2020

Norris to use helmet designed by six-year-old