Formula 1 is set to adopt a new approach for the target letter it agrees with Pirelli in a bid to ensure that the 2021 tyres are better for racing. 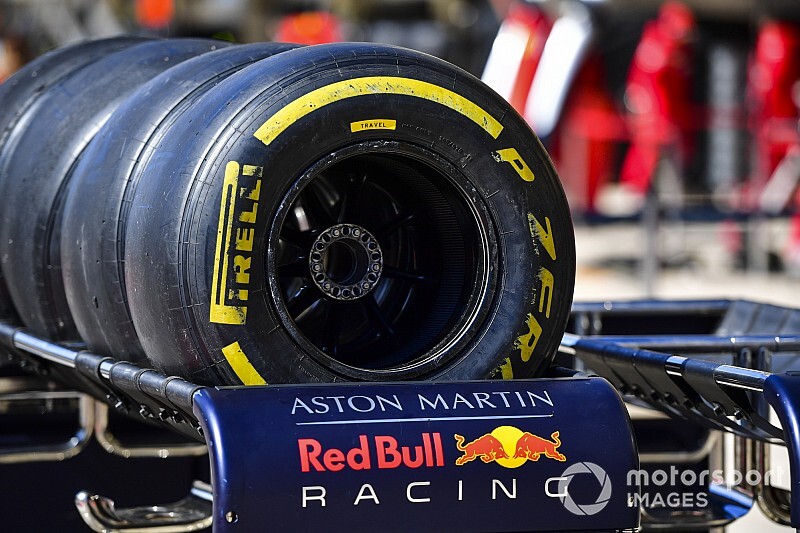 Over recent years, F1's tyre supplier has agreed with F1 and the FIA to a series of targets related to the performance of its products. These have included aspects relating to their behaviour, laptime deltas and the number of pit stops.

But with F1 chiefs well aware that one of the key limiting factors hurting the race at the moment is the way the tyres behave when cars are following each other closely, it has had a rethink of how it approaches the issue.

For 2021, instead of laying out a series of targets that must all be delivered, more focus will be put on certain tyre characteristics to ensure that those elements that make the racing better are given priority.

Pirelli's head of car racing Mario Isola said a final agreement had not yet been signed off, but a new approach was being worked on.

"The biggest difference is we identified a number of targets that are a priority, like the working range and the reduction in overheating," he said. "Plus we are also defining the numbers for delta laptime and degradation.

"So instead of having a letter with all the targets set at the same level [of importance], we want to focus on the more important ones.

"It makes it clearer for us. But it is not making our life easier, because when you have clear targets you have to achieve the targets. But we share and agree on the targets, and that is important."

One of the key areas of focus is to reduce the amount of tyre overheating that occurs when cars get too close to each other.

The loss of downforce caused when following in another car's wake causes the tyres to slide more, which heats them up and results in their performance dropping away.

Isola is hopeful that this is an area that can be sorted, and will be improved anyway if F1's new cars do allow much closer following without such a big drop in downforce.

"Overheating is one of the main targets," he said. "If with the new aero package the loss of downforce is much less compared to now, this will help a lot the tyres. There will be less sliding, less surface overheating, and it is the right direction."

GPDA director Romain Grosjean says that improving this area is important, but thinks other aspects need looking at too for 2021.

"We have seen it in Mexico, as soon as you get close to the car in front they [the tyres] are cooked," he said.

"We've made a long report, the GPDA. We have given all our feedback and our input and we hope Pirelli can go MotoGP style, where they can bring a new tyre every race and if it is good we can use it and if not we don't use it. Regulations seem to be more complicated in F1, but tyres are still a big thing.

"There is not much else we can do that we haven't done already. We've given our feedback and said we need changes."