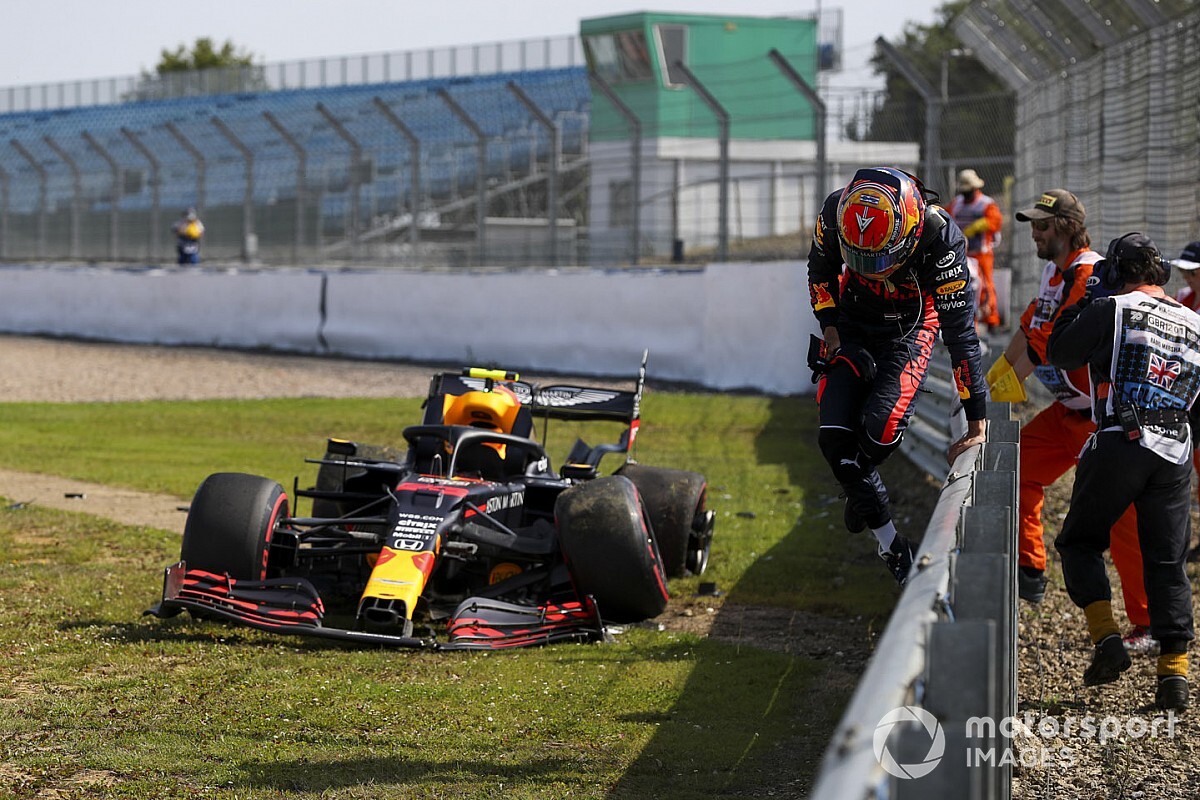 Red Bull has been lifted by some encouraging progress with its RB16 on the opening day of practice for the British Grand Prix, despite Alex Albon suffering a 20G shunt.

Albon had set the second fastest time overall in the afternoon’s second free practice session before he had an off at Stowe Corner that pitched him into the barriers at high speed.

The 20G impact was enough to prompt a visit to the medical centre for a check over, but he was released after being given the all clear. Despite the incident – which Albon has no clear explanation for – he said he had been left upbeat by some new parts Red Bull had tried out helping transform the feel of his car.

“I think we’ve definitely made a step as a team,” he said. “The car feels good and I think we expected worse, to be honest, coming into Friday.

“But the car was hooked up straightaway the first time we drove it in FP1. So it’s looking good. Obviously, I’m sure the Mercs are hiding quite a lot, so we’ll watch them tomorrow, but otherwise I think as a car it feels well balanced.”

Teammate Max Verstappen, whose best lap was ruined after he was forced to slow to avoid a cruising Romain Grosjean, was equally encouraged by what he had felt behind the wheel.

“It was not a bad day for us,” said the Dutchman, who ended the afternoon session down in 14th. “I think the car is working a bit better, so I’m happy with that.

“There are still things you can improve and we will work on that, but in the long run it was looking quite decent so overall quite a positive day.”

Red Bull had come into the 2020 season off the back of what it thought was its best winter for years, and set its sights on challenging Mercedes for both titles. But it has so far fallen short of being able to fight the world champion outfit on equal terms.

Its RB16 has proved to be a tricky car to get on top of, with team boss Christian Horner admitting after the recent Hungarian Grand Prix that it was suffering from some aerodynamic anomalies.