Daniel Ricciardo believes short-term judgements on Formula 1 drivers' form are like questioning the quality of a footballer on a brief goalless streak. 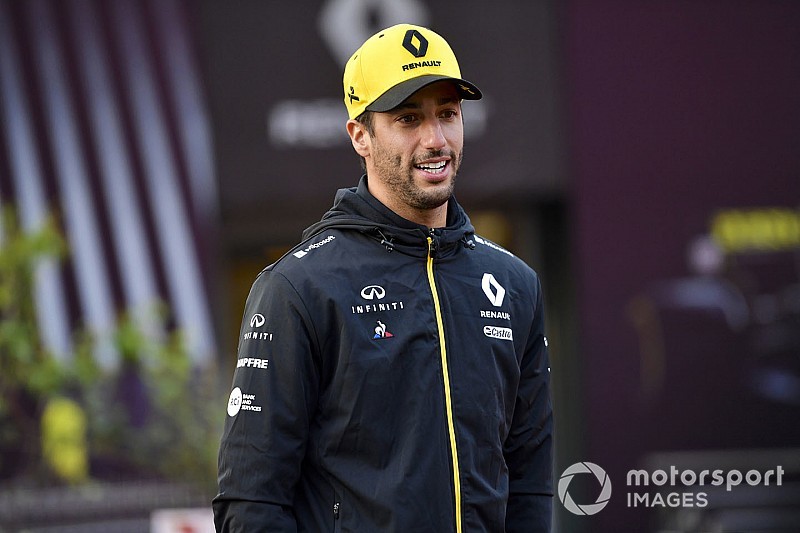 A combination of terrible luck during his final season with Red Bull and his new Renault team's lack of competitiveness means it is almost one year since Ricciardo scored a podium in F1.

The seven-time grand prix winner has also struggled with the transition to Renault and trailed teammate Nico Hulkenberg for pace at the start of the year, but hit back by outqualifying the German in China and finishing seventh in the race.

In China, Ricciardo was asked if judgement is passed too quickly on F1 drivers, in the wake of Sebastian Vettel's comments that when he makes mistakes his rival Lewis Hamilton is the "only one without a short-term memory".

Ricciardo said: "I accept it. For sure, it's short-term, but that's probably in all top sports. You have in, imagine, football, one guy gets a hat-trick and in the next two games doesn't score a goal, it's like 'what's happened?' You know. But maybe one or two weeks ago he was the king of the show.

"When you're at the top level of any sport people always have an expectation you should be at that top every single day. I'm not angry about that. I get it."

Hulkenberg's second retirement in two races because of an MGU-K problem means Ricciardo is now level with the German for 10th in the championship on six points.

Ricciardo said that what matters to him is how comfortable he is with his situation, despite not standing on the podium since winning last year's Monaco Grand Prix in May.

"The main thing is I know what I need to do," said Ricciardo. "People will sometimes get impatient but as long as I know I'm in the right direction then that's cool, and sometimes it might take a bit of patience. It's all good. I haven't done anything to make me forget how to drive.

"I know it's been a long time since I've been on the podium. I still remember what to do. Sometimes just needs a bit of patience."

Ricciardo failed to score points on his first two Renault starts because of a bizarre incident at the start in Australia and a late reliability problem in Bahrain.

While he is willing to be patient for bigger results, he admitted the breakthrough in China was a relief for Renault.

"It feels good," he said. "Feels good, probably just for my guys in the garage. My side, we haven't seen a chequered flag yet. So for them, a couple of high fives going around." 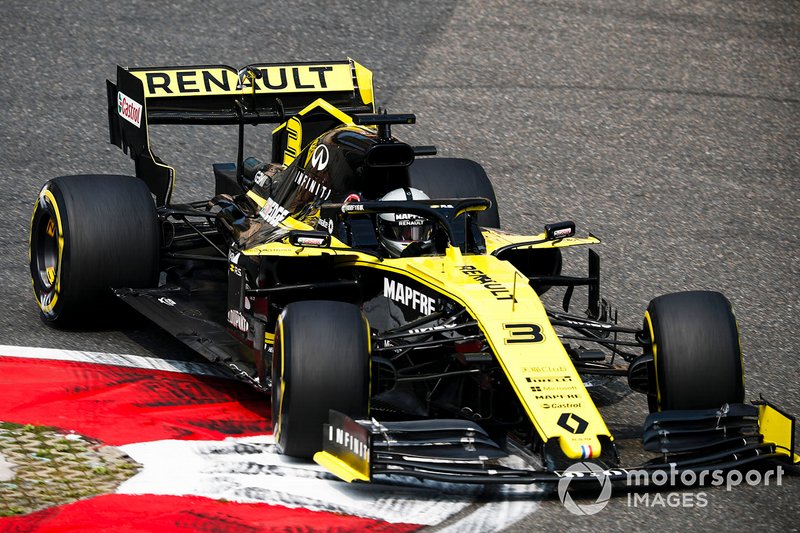 Sainz "feels" for Schumacher over scrutiny