Engine not to blame for Ricciardo's retirement 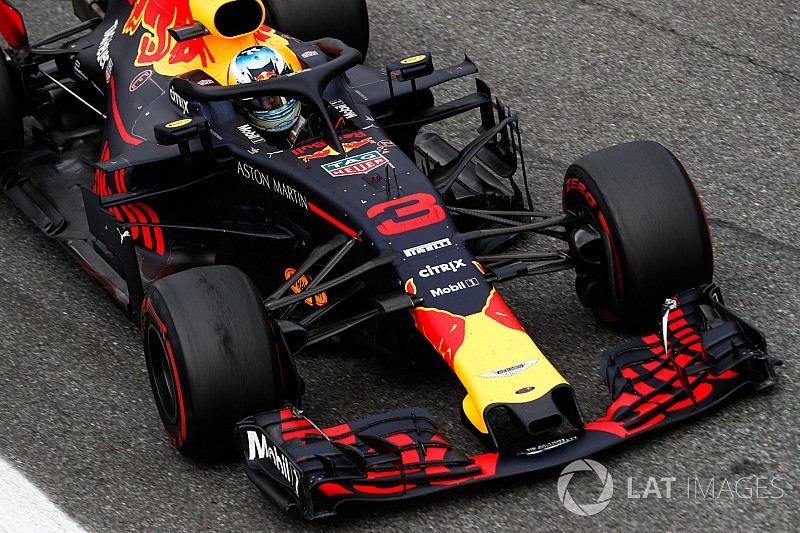 Red Bull and Renault say Daniel Ricciardo's retirement from the Italian Grand Prix was caused by a suspected problem with his car's clutch, rather than an engine failure.

Ricciardo had just passed Sergey Sirotkin's Williams for 11th place, having worked his way up from a back-row start at Monza, when he was forced to pull off the circuit with smoke pouring out of his Red Bull.

The Australian driver had Renault's new Spec C engine fitted ahead of the weekend, which the French manufacturer said would be worth three tenths of a second in laptime but carried a reliability risk.

Although Ricciardo's failure looked initially like an engine problem, Renault said subsequent inspections indicated this was not the case.

"We can confirm, after studying the PU on Daniel Ricciardo's car, that his retirement was not linked to the engine," a Renault statement said. "It was rather a clutch issue."

Red Bull team boss Christian Horner added: "We are still not entirely sure on the cause but it is a suspected clutch issue."

Ricciardo is hoping for a turn in fortunes at the next race in Singapore, after recording his fourth retirement in the last six races.

"It's been another frustrating race for me," he said. "I passed Stroll [Sirotkin] and looked in the mirror to see if I was clear of him but I couldn't see that well.

"I then realised that was because there was a lot of smoke coming out the back of the car and when I reported it to my engineers they asked me to stop.

"I feared it could have been something to do with the power unit but after we got the car back to the garage and the guys investigated, they suspect it's a clutch issue.

"It's been a frustrating period of races but hopefully we can change some things on the car, improve the reliability and aim for the podium in Singapore."