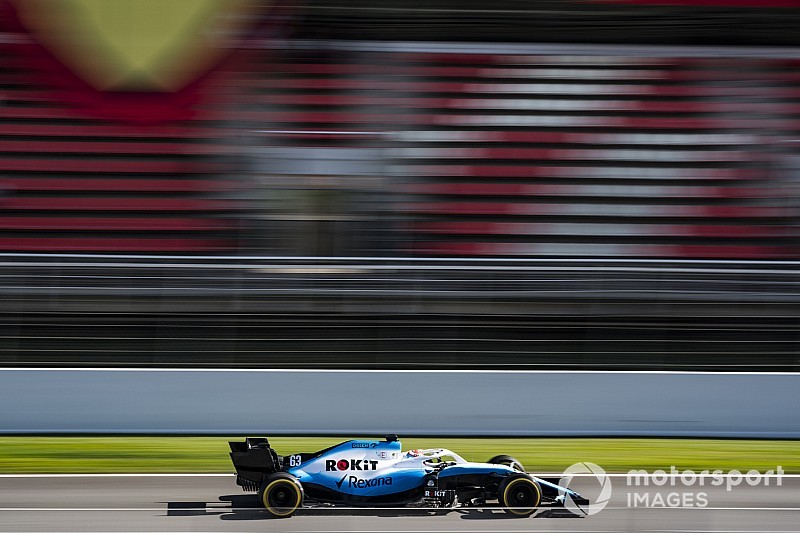 George Russell believes Williams is the slowest Formula 1 team at the moment, but is optimistic that it has made a "big step" in pre-season testing this week.

Williams started testing at Barcelona late because of build delays with its FW42, which meant F1 rookie Russell and his teammate Robert Kubica have had to compress their programmes.

It has made Williams’s task of bouncing back from a poor 2018 season more difficult, and Russell has admitted the team is starting the new year behind its rivals again.

“I'd be lying if I said we weren't the slowest at the moment,” he said. “I think that's the reality, I think it’s clear we definitely have some work to do.

“But what was positive is we made a big step from when I jumped in the car on Tuesday, made a step since Robert was in the car yesterday, and hopefully when he jumps in the car we'll find another step.

“We understand the issues, we recognise that, and we're doing everything we can to rectify it.”

Russell managed just 40 laps in the first week of testing but cleared more than 100 on each of his full days in the car this week, to end his pre-season with 299 laps completed.

That is just under half the 577-lap tally of Lewis Hamilton, the busiest driver so far in Spain.

However, Russell has managed to complete over 100 laps more than Racing Point driver Sergio Perez, and he is pleased with how Williams has recovered from its early setback.

“I’m definitely very happy with the number of laps done, but obviously it's all about the laptimes and probably we've still got a bit to find,” he said.

“We were up there, let's say, but we were a big step behind everybody else.

“I'm ready to do more laps, but unfortunately I'm handing over the keys to Robert.”

Russell was 1.9s off the pace set by Ferrari’s Charles Leclerc on day three of the second test.

Williams chief technical officer Paddy Lowe said he did not want to discuss the speed of the FW42 yet.

However, he believes Williams has showed this week that it is “where we need to be” in terms of reliability, and has no concerns about his drivers losing track time ahead of their comeback (Kubica) and graduation to F1 (Russell) respectively.

“Robert’s been impressive, particularly with the delayed programme, as has George,” he said. “They’ve got in the car and done an absolutely perfect job.

“Look at Robert’s programme yesterday, 130 laps, the last lap as good as the first one.

“I don’t have any concerns around that. The same with George.” 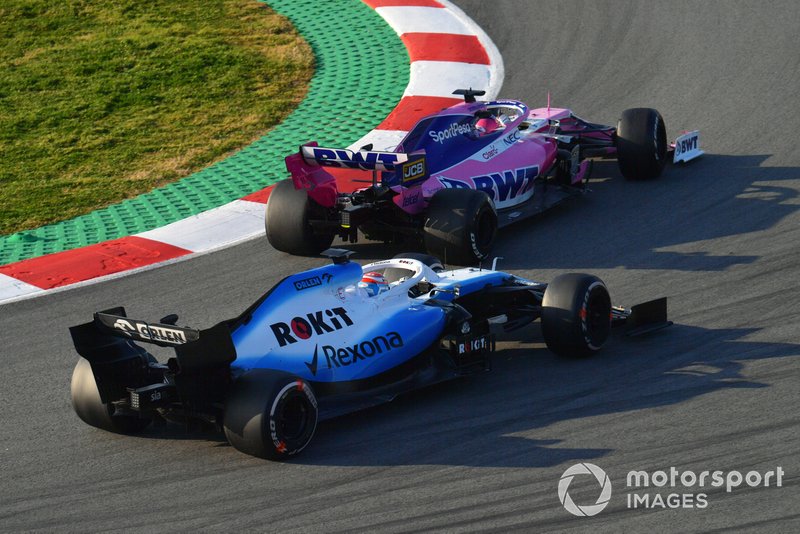