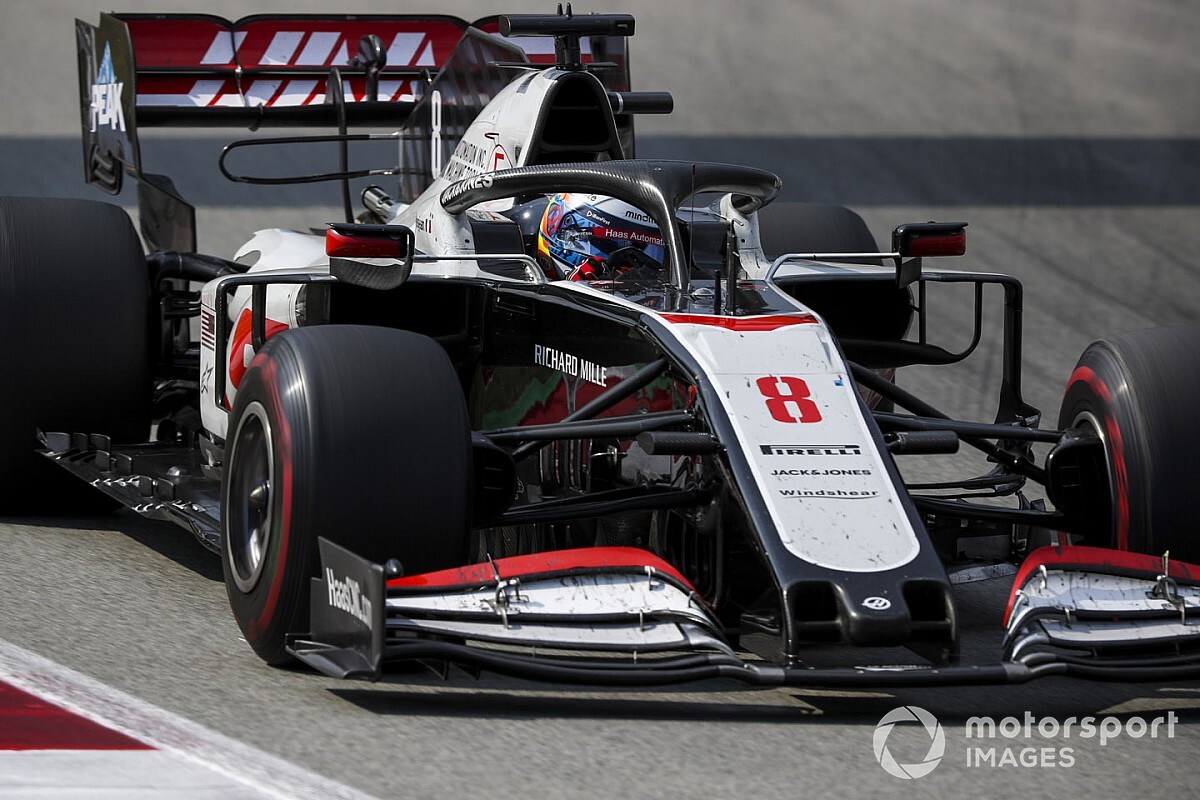 Haas Formula 1 boss Gunther Steiner has downplayed the dramatic swing in the team’s form over the Spanish GP weekend, saying it should be taken “with a pinch of salt.”

Romain Grosjean was as high as fifth in FP2 in Barcelona on Friday, but the Frenchman slipped to 17th in qualifying on Saturday and then had a difficult race to 19th and last place. His team mate Kevin Magnussen had a marginally better afternoon, finishing 15th.

After the race the Frenchman made clear his frustration with the drop in performance.

“From lap one to the last lap it was horrible,” said Grosjean. “The car was absolutely a handful, and I can’t understand what happened from Friday.

Steiner would not be drawn on the suggestion that the race was one of the team’s worst to date.

“We should put a little bit of a filter on these comments in the moment, it’s like the worst and the best, it’s easy to say,” he said.

“We know we haven’t got the best car. And having the best car one day and the worst car the other day, I think we need to take it a little bit with a pinch of salt.

“We need to look at it why we lost so much performance from Friday to Sunday. I mean, the lap times on Friday, they were genuine. And today we could only lap two seconds slower than Friday. So that is very strange.

"We need to go to aero data and then see if we can find something, what it could be.

“But I’m not jumping to conclusions. The best, the worst, the medium and so on. I mean, we need to do some work.

"For sure, we haven’t got the best car. But we just need to try to understand why this big difference between Friday and Sunday suddenly was."

Asked about Grosjean’s strong words after the race, he said: “I’m used to that. We shouldn’t have these highs and these lows. We need to put it in perspective. We know we haven’t got the best car and the words don’t really hurt me too much.

“It’s like we have to do what we are doing. We know where we are at. We just need to get better. The words maybe don’t help, but I can live with that one.”

Steiner believes that the engine qualifying mode ban that is coming into effect from the Belgian GP will help Haas relative to some of its competitors.

“I think what you can believe is at the next race there is a change in the engine regulations, hopefully. And as I said before, again, that maybe makes some difference or should level everything out a little bit.

“And the rest, we just try always to get the best out of the car with the setup. That’s the only thing we can do in the moment. I’m very, very conscious of that one. And that we will continue to do, to understand more also for next year.

“We can define what we want out of the car for next year, when we do some development, once we know the regulations for next year.”

Ferrari: Strong tyre management down to drivers, not car