The changes that helped Mercedes in Monaco 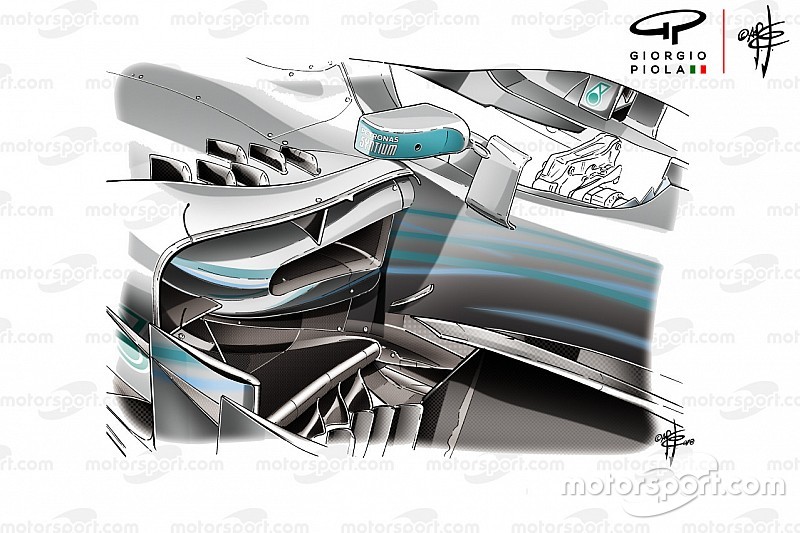 After a disastrous Monaco Grand Prix in 2017, Mercedes admitted before this year's race that it was "bloody worried" about its prospects again.

It's long been known that the longest car on the Formula 1 grid would deliver it a handicap around the tight and twisty street circuits, even though the team's calculations suggest the extra downforce from its concept outweighs the 0.1 seconds loss from its wheelbase.

The team clearly worked hard to improve its platform though, and there were a host of subtle changes introduced over the weekend that helped lift it into contention – even though Red Bull was ultimately too quick for everybody.

Aware of the challenges posed by visiting lower speed street circuits the designers arranged six-vortex generators atop the side pod in Monaco.

Having already tested the appendages in the post-race test at Barcelona it was confident they could add performance.

Angled out quite aggressively, these small flow-adjusting devices have been installed in order to improve the aerodynamic envelope of the sidepods, delaying flow separation and working the airflow over the sidepod harder.

The team made significant changes to the sidepods for 2018, altering internal components such as the exhausts and radiators as it tightened the external bodywork and chased even more performance.

Chasing internal flow performance sometimes comes at the cost of the overall aerodynamic achievement, meaning changes of this magnitude have often had the reverse effect for teams. Having completed six races it seems Mercedes may have suffered in this regard, with the vortex generators likely to be used again when it suits the prevailing circuit characteristics.

Cooling is also a factor at Monaco, as the low speeds of the circuit made it harder to get the normal amount of air flowing through the car.

That is why the team fitted a new engine cover, with a quite different shape which features a top-fin opening like it had in 2017.

The team also interestingly made a major front suspension change on Saturday morning after suffering vibration issues with the version it had been running up until that point. 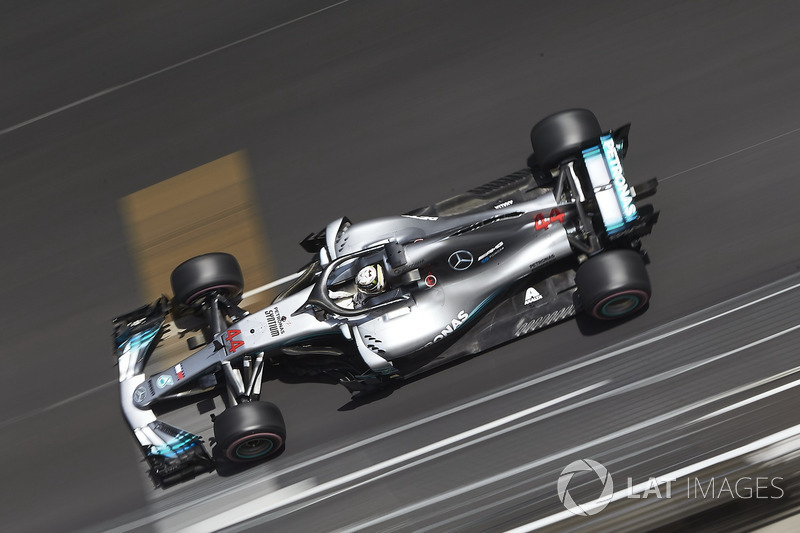 Is there any defence for Verstappen?