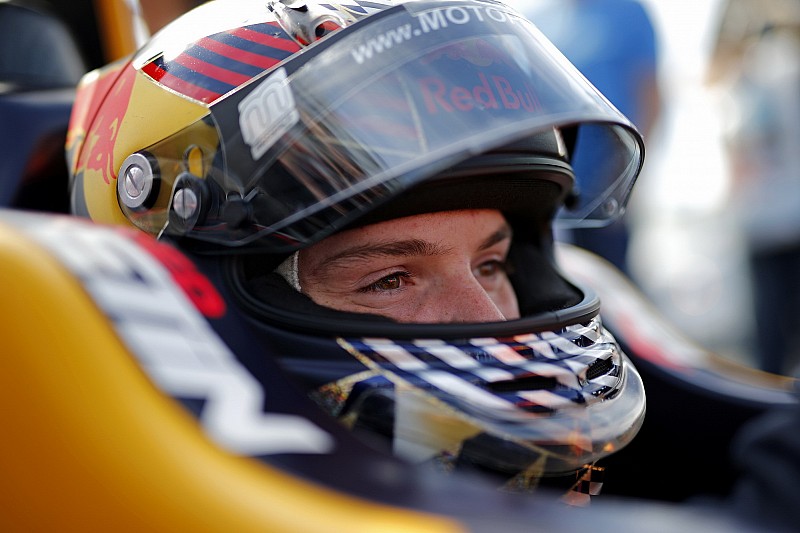 Red Bull junior Dan Ticktum could step down to a lower-level junior series this winter in a bid to end his "annoying" quest for a Formula 1 superlicence.

After a year where he was unable to test for Red Bull because he had not earned enough points at the time, Ticktum has his sights set on securing an F1 race licence before the start of next season.

Ticktum needs 40 points to do so, and he currently is only assured of 32 – 25 for his runner-up spot in the Formula 3 European Championship, five for his Macau Grand Prix win last year and two for sixth place in MSA Formula in 2015.

He will lose those two 2015 points after this year, and he is also awaiting clarification from the FIA about whether or not five discretionary points awarded by what is now called Motorsport UK - his national governing body - can count for the superlicence rather than just a Grade A international licence.

There is also the chance for him to earn another five this weekend if he wins the Macau GP again.

He took provisional pole for that event on Thursday.

Once he has a confirmed total for the year then Ticktum will decide what his next steps are – and whether he needs to race in winter categories such as New Zealand's Toyota Racing Series to help him get over the 40-point threshold.

"It has been a bit annoying," Ticktum told Motorsport.com about the superlicence saga. "I have enough to test and do everything – the only thing I don't have enough to do now is race.

"So I have enough to do FP1s and all the rest of it, but I need to try to get myself 40 by the beginning of next season because you never know what will happen. So we will see.

"There are many opportunities I can use: MRF Challenge and the Toyota Racing Series. If there's a way, I'll do it."

The Indian-based MRF series does not currently offer superlicence points, and Ticktum will miss its opening round due to a clash with Macau this weekend.

Both MRF and TRS are generally used by drivers further down the junior single-seater ladder seeking extra mileage during the European off-season.

Recent champions include current Williams F1 driver Lance Stroll in 2015 and next year's McLaren signing Lando Norris in '16. Ferrari protege Robert Shwartzman won it this year ahead of his F3 season.

At present, TRS only awards seven superlicence points for its champion and this could be jeopardised by an FIA rule that any championship getting under 16 classified competitors can only offer 75% points. TRS had 14 competitors during its most recent season.

Ticktum admitted he does not expect a 2019 F1 race seat so is focused on getting a superlicence in case a stand-in opportunity or mid-season change occurs.

He said a Super Formula campaign "is very, very likely" instead.

"F2 is all budget dependent, and it is a struggle for Red Bull and my dad," Ticktum added. "That is unfortunately how mammoth the cost of F2 is at the moment.

"If we can find a relatively reasonable deal with a good team we will try and put something together, but at the moment it is looking unlikely. But you never know what happens, it all changes from one day to the next in motorsport.

"So I just need to make sure I do everything right next year and iron out a few little creases that are left and I should be good."