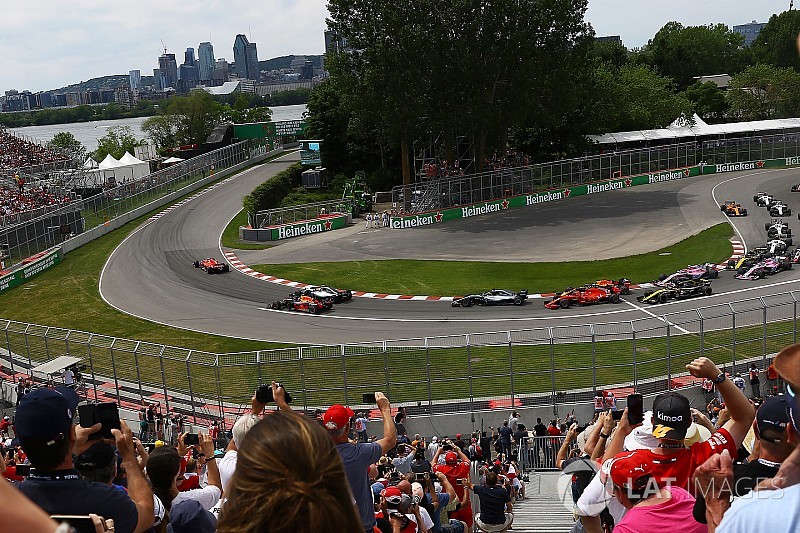 Formula 1 championship leader Sebastian Vettel believes it is "short-sighted" for people to criticise races like the Canadian Grand Prix even if they appear "boring".

Two weeks after a Monaco GP slammed by several drivers, Vettel led from lights-to-flag in a Montreal race that featured no on-track overtaking at the front after the first corner.

Vettel beat Valtteri Bottas and Max Verstappen as the front three finished where they started, while Daniel Ricciardo passed Kimi Raikkonen at the start and Lewis Hamilton in the pits.

Asked to explain why the race was not exciting, Vettel claimed "there's no reason, don't even look for an answer" and urged the media to "write about something else".

"I don't think it's justified to criticise the racing, or criticise this race," he added.

"I don't know if it was boring. From my point of view, it's still busy inside the car no matter where you are.

"I don't like…I don't know why people today are so short-sighted. We had seven races this year, some were phenomenal, some were boring.

"Next week the [football] World Cup is starting and I promise you that a lot of the games will not be exciting, but still people will watch it, some games will be incredible.

"That's what we always look forward to, but it can't just always continue to go up and get better.

"And then some races are just exciting and others are not."

Championship rival Lewis Hamilton said he didn't want to "talk crap" about F1, but he added it was a shame if fans felt the race was uneventful.

"I've not watched these races so I don't know what you guys feel," he said on Sunday evening.

"I heard today there were not many overtakes, and a couple of my friends said the most exciting part of the race was the crash at the beginning.

"If that's what Formula 1 is about then that's sad to hear, because there is so much more to it."

Bottas said there is always enough going on in the car to prevent drivers from getting bored.

"Like Seb said, we are always pushing everything we can," said the Finn. "It's not like we are getting enough time to get bored in the car.

"There is always something to do and we need to keep concentrating 100%.

"There will be good races, there is no doubt. We've just had a couple in a row that there is not many things happening [in]."

Strategy Report: Could Ferrari have inflicted more pain on Mercedes?

The upgrades that Haas hopes can turn its season