Binotto: Leclerc and Vettel get on better than people think 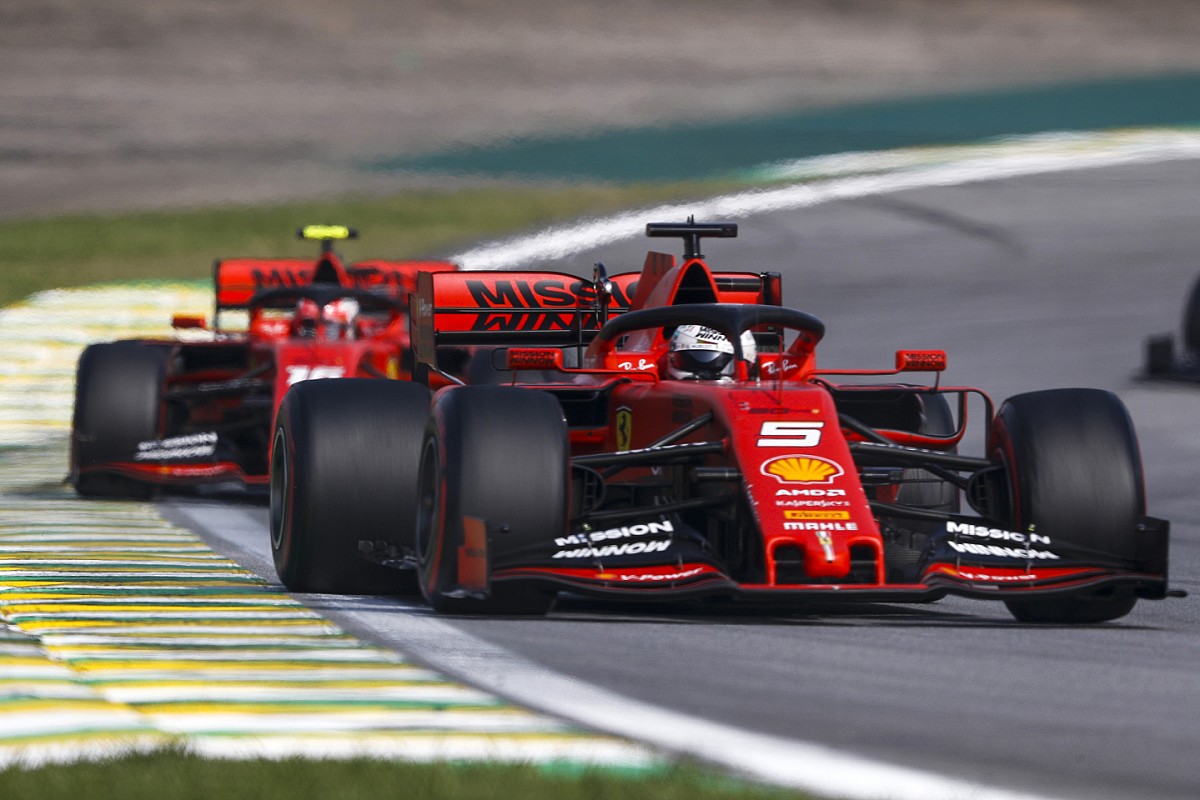 Vettel and Leclerc collided in a straight line while fighting over fourth place late in the Interlagos race, after Vettel tried to re-pass Leclerc on the outside having just been overtaken. Leclerc crashed out with a broken wheel while Vettel suffered a puncture, with both drivers furious and blaming one another over the radio.

It was the first on-track clash between the two as teammates although their first season alongside each other has featured other tense moments, usually related to team orders.

Asked if Vettel and Leclerc had a healthy relationship, team principal Binotto said: “I think that what I may read or hear is quite different compared to what I may see internally.

“It's true that in Monza [where Leclerc did not honour a pre-qualifying agreement] it has not be an easy situation to manage. They had to clarify, they spoke together, face to face, openly.

“The same happened after Russia [where Vettel defied a pre-race agreement and in-race instruction].

“Currently they've got a good relationship and they're going well together. Certainly what happened today may not help but I don't think there is a drama at all.

“I see that more as an opportunity in the view of next year to clarify if needed.”

Binotto said Ferrari’s review of the incident would take place back at its headquarters at Maranello, not in the “heat” of the moment.

However, he did speak to both drivers after the race and heard their positions, but the main reason was to get a message across.

“Mainly the reason of seeing them was for myself, to tell that they were going to the interviews and the only thing would have been happy to hear is that they were sorry for the team,” said Binotto.

Four-time world champion Vettel has been outperformed by Leclerc at Ferrari this year, with the rising star bagging seven poles and two wins.

That has led to suggestions of Vettel reacting poorly to Leclerc, who will finish ahead of his more experienced teammate in the championship unless Vettel wins in Abu Dhabi and Leclerc finishes seventh or lower.

However, Leclerc indicated after the race that the incident would not impact their working relationship.

“I'm pretty sure we are mature enough to put that behind us,” Leclerc told Sky. “In the end we feel, both of us, extremely sorry for the team.

“This is the end result, both of the cars didn't finish and that's very disappointing. For the future we put that behind and we'll continue to work together.”