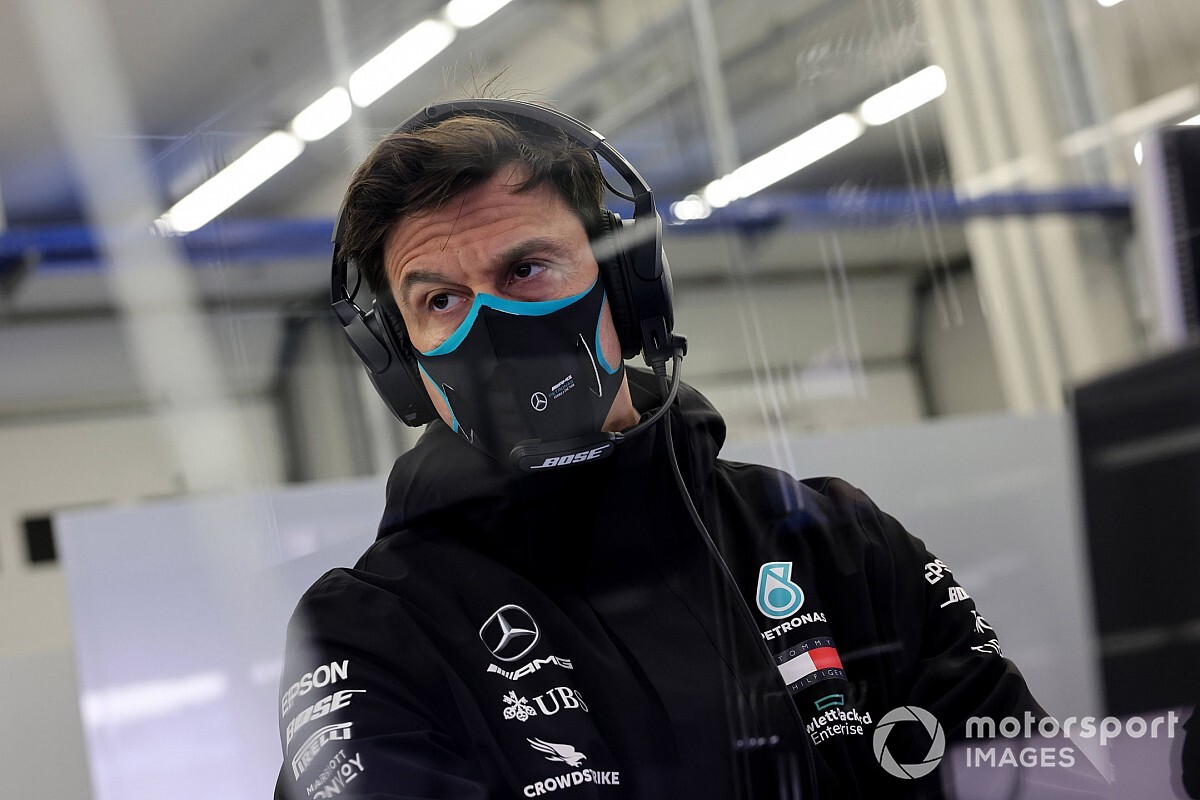 Mercedes team principal Toto Wolff has cautioned against a “fuel and oil war” as Formula 1 continues its push for sustainability with the next set of power unit regulations.

The new rules are currently under discussion, and sustainability and lower costs the prime targets as the sport tries to attract new manufacturers.

Synthetic fuels are being phased in within the current hybrid regulations, and are set to play a bigger role in the future.

However, Wolff warned that they should not become an expensive performance differentiator as teams work with their respective suppliers.

“It's very clear that batteries are getting ever more efficient, and that energy reconversion is happening,” he said of the direction the rules should take.

“I think more sustainable fuels, whether it is synthetic fuels or something else, can be very interesting.

“But they need to be looked at with our fuel and oil partners, of course, because we don't want to have an escalating fuel and oil war, as interesting as it would be for all of us to push boundaries. So it's about the right compromise.”

Wolff reiterated that Mercedes backs an engine freeze for 2022 as well as the fast tracking of the introduction of the new regulations from 2026 to 2025.

The prospect of both happening has become more likely after Ferrari boss Mattia Binotto said on Friday that the Italian team is ready to back such a plan, with Renault also indicating its support.

Red Bull has been calling for a freeze on power unit development from 2022 as it is the key to ensuring that it can retain the use of Honda’s technology, on the basis that it cannot fund ongoing development.

Asked what he thought of Ferrari’s views, Wolff stressed that it was important to get the new rules right.

“I don't have any reaction to anybody saying something,” he said. “We have a position that we always supported a 2022 engine freeze, and bringing forward the 2026 regulations into 2025.

“I think it's important to design a power unit that considers where the world goes, having more electrical propulsion. And it's certainly suddenly something interesting and this needs to be done within a cost business case that is sustainable for F1, also from a financial side.”

Binotto said that the new power unit should cost 50% less than the current one, but Wolff hasn’t put a specific number on any reduction.

“I don't know. But I think we need to look at it twice, from two sides. We don't want to make the mistake that we did 10 years ago, or 11 years ago, where we said the engineers should come up with a concept, and we have a fantastic, very efficient power unit, that is very complex, and where the cost of development is still very high.

“And I think we need to reduce the costs for the OEMs that are engaged in sport. And that comes that is the highest priority.

“And moving from the air into technical decisions, what can we do in order to have a relevant power unit for considering how fast technology is moving out there on road cars?”