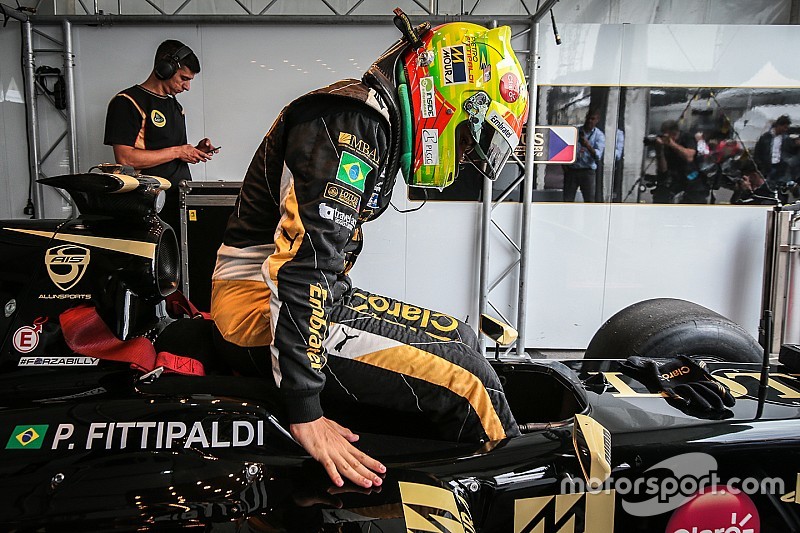 Pietro Fittipaldi reclaimed the Formula V8 championship lead with a lights-to-flag victory in Mexico City ahead of Matevos Isaakyan and Alex Palou.

Starting from pole position, the Lotus driver was almost eliminated at the first corner as Egor Orudzhev missed his braking point and shot across Fittipaldi’s nose.

The Brazilian avoided the SMP Racing driver, but Orudzhev couldn’t stop on the wet grass and clipped the wall at the exit of turn one.

After a brief safety car period, Fittipaldi looked untroubled as he pulled away from a three-car battle squabbling for second place.

The battle, between Teo Martin team-mates Palou, Konstantin Tereschenko and Isaakyan, allowed the leader to build up a two second lead with only 10 minutes of the 40-minute race completed.

Isaakyan made short work of Tereschenko, slip-streaming past the Russian on the main-straight, before getting onto the back of Palou.

Palou, who struggling with the balance of the car in the two qualifying sessions, fought off the Nurburgring race winner for a number of laps. However, with 10 minutes to go Isaakyan got past at turn five after forcing the Spaniard onto the run-off.

Isaakyan was unable to catch Fittipaldi in the closing stages, so had to settle for second. Palou, who was a late replacement for Nelson Mason, finished a distant third with Tereschenko finishing fourth.

Alfonso Celis tried to excite the home crowd but after passing Rene Binder for fifth at the half-way stage of the race, he couldn’t make up any ground on the top four.

Binder stayed in sixth place, with Yu Kanamaru seventh, and Diego Menchaca claimed eighth place on the last lap with a robust move on RP Motorsport driver Roy Nissany in the stadium section that saw both of them having to make use of the run-off.

Giuseppe Cipriani rounded out the field.