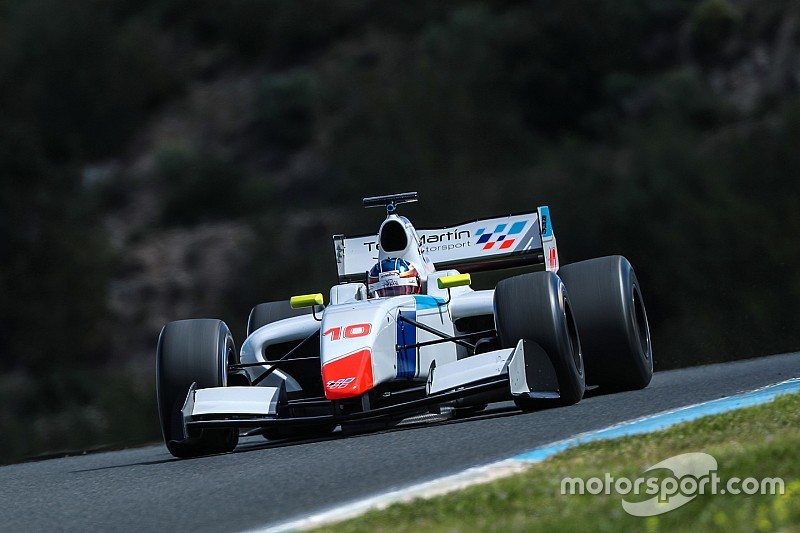 Former GP3 driver Nelson Mason has been named as Teo Martin Motorsport's second driver for the 2017 Formula V8 3.5 season, which kicks off at Silverstone with 12 cars this weekend.

Mason's first full season in single-seaters was in 2013, when he impressed by taking third in European F3 Open, now known as Euroformula Open.

He subsequently moved up to GP3 to be new team Hilmer's sole full-time driver, but ended the season empty-handed, failing to score a point.

While he has been absent from racing in the past two years, he reappeared in Formula V8 3.5 pre-season testing before eventually signing with Teo Martin Motorsport.

"To be honest, this is all a dream to me. I could not be more excited to represent Teo Martin on the World Series grid," said Mason. "I cannot thank Teo and Emilio [de Villota] and everyone who supports me back home for such an incredible opportunity.

"World Series is the key to the top categories globally, I have always aimed to be a World Series driver and now it's about to happen."

Teo Martin is one of just six teams on the 2017 Formula 3.5 grid, as 2016 champion Arden, as well as AF Corse and Comtec Racing, are all absent from last year's roster.

The Charouz-run Lotus team, which retained Rene Binder and signed Pietro Fittipaldi from Fortec, is the highest-placed squad to return.

Fortec will tackle the season with Mexican duo Alfonso Celis and Diego Menchaca, while AVF, in collaboration with SMP Racing, will run Russian duo Egor Orudzhev and Matevos Isaakyan.

The field is completed by two Italian teams, RP Motorsport and Barone Rampante.

Yu Kanamaru and Roy Nissany will drive for RP, the latter replacing Damiano Fioravanti, who had initially signed for the team but ended up switching to Barone Rampante.