DAMS scoops the jackpot thanks to Palmer and Richelmi!

The DAMS' staff has demonstrated that their cars are capable of winning on circuits as different as Barcelona and Monaco.

One pole position, two victories and the break in the drivers' and teams' championships: DAMS struck a body blow in the streets of Monaco this weekend taking advantage of its rivals' slipups. The French team showed it had learned the lessons of the past with Jolyon Palmer's win in the main race followed by that of Stéphane Richelmi in the sprint on a circuit where Lady Luck has rarely smiled on the squad from Le Mans. 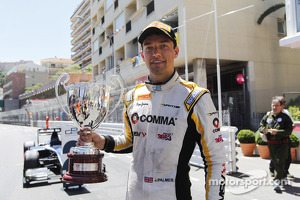 The DAMS' staff has demonstrated that their cars are capable of winning on circuits as different as Barcelona and Monaco. It bodes well for the rest of the season.

They confirmed this in qualifying - in 2 groups in Monaco - with Palmer clinching pole and Richelmi third.

The two heats highlighted the determination of both drivers. Palmer drove a remarkable race in the way he controlled his car and he scored a clean sweep on Friday despite a chaotic event (safety car, red flag). 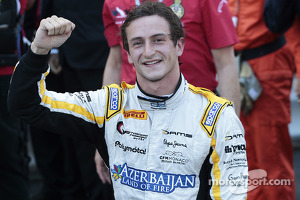 The next day his team-mate started from pole, and showed the same qualities to clinch his maiden win in the streets of his home town!

There will now be a month's break in the GP2 Series Championship before the next round on the new circuit on the calendar, the Red Bull Ring in Austria. DAMS, though, won't find itself in unknown territory as last year it raced there in Formula Renault 3.5 Series, which will provide it with a base to work on.

François Sicard, Managing Director: "What a fantastic weekend! It's difficult to dream of better. The technical team did an almost perfect job like the drivers. In its 26 years DAMS had never clinched pole in Monaco or won the main race. So we're absolutely over the moon. Jolyon has been sensational all weekend and we're very pleased and also a bit emotional about Stéphane's maiden victory. He's deserved it for a long time and it's happened in the best possible place for him. It's the first of many and it was probable the trigger he needed."

Jolyon Palmer: "A huge thank you to the team which again gave me an excellent car. I'm in seventh heaven! Every driver dreams of winning in Monaco after setting pole. The first race wasn't easy. There were quite a few incidents but I never lost control of the situation. I knew the car was quick and I was able to manage the tyre wear right till the end. There's still a long way to go in the championship so we have to remain focused."

Stephane Richelmi: "I'm sure you can imagine the joy I'm feeling today! My first victory in front of my family and my friends on home turf. I dreamed about it and we did it. It's an enormous reward for the whole team that gave me such a great car. My thanks to everybody from the bottom of my heart. I'll never forget this moment. But we're not going to stop now that things are going so well. The championship really begins here for me. You get a taste for the topmost step of the podium and I hope to be back there again as soon as possible!"

Hulkenberg denies he could "slack" with Palmer as teammate