Peroni feels "very lucky to be walking" after Monza crash 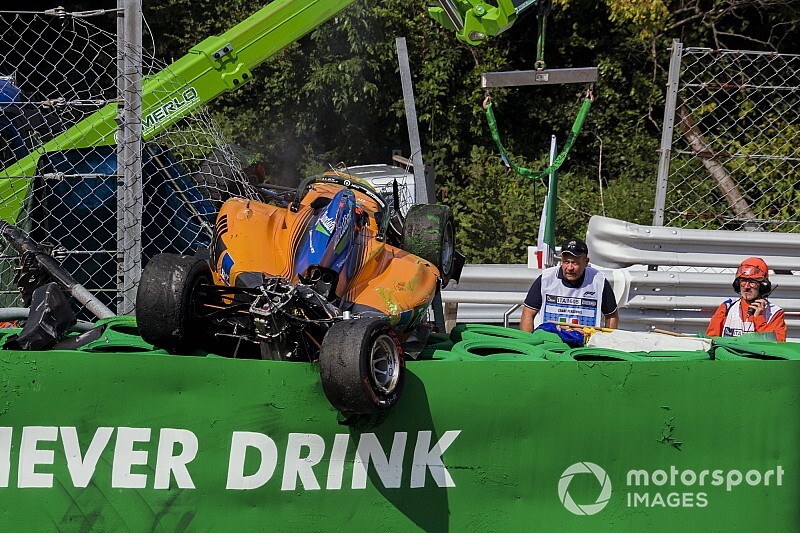 Alex Peroni feels "lucky to be walking" after he was "knocked out" during his horror crash in the FIA Formula 3 Championship at Monza.

Peroni ran wide at the Parabolica on lap 17 of the first FIA F3 race of the weekend earlier this month, hitting a sausage kerb which sent him into a huge aerial accident where his car flipped and landed on top of a tyre barrier.

He was extracted from the car and walked unaided to the medical car after the incident, before being taken to the San Gerardo hospital.

After suffering a broken vertebra it was decided he did not need surgery and he was released from hospital on September 12.

Owing to his injury, he must rest for 30-40 days, meaning he will miss the final F3 round of the season at Sochi.

"I was knocked out during the crash so I don't remember it and that's why I guess I'm not that traumatised by (watching) it," said Peroni, speaking after arriving back in Tasmania after a 20-plus hour journey from Monza.

"I'm very lucky to be walking. I'm just excited to be in the car as soon as possible.

"I'm very happy to be home obviously. It's a pretty bad way to end the season to have that crash, but I'm just looking as far ahead as I can."

The kerb which Peroni hit was removed immediately after his crash, before the Formula 1 free practice session.

F1 race director Michael Masi has confirmed that no knee-jerk decision will be made following the crash.