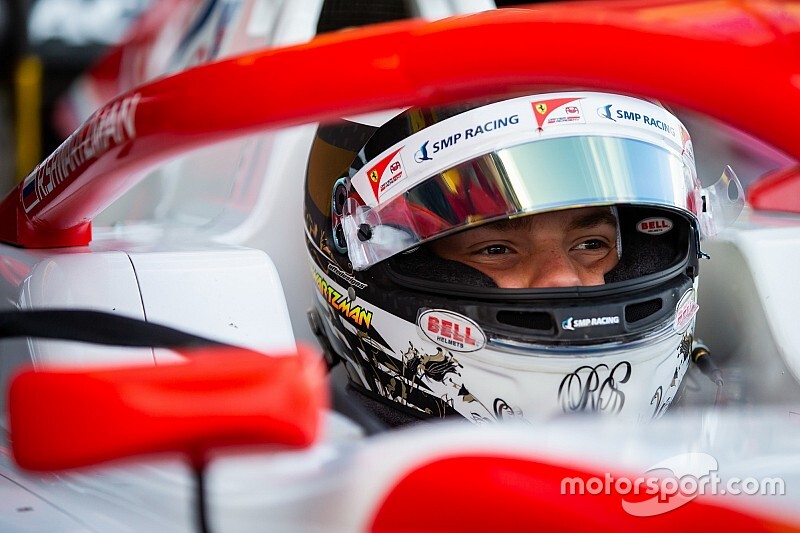 F3 frontrunner Robert Shwartzman's goal isn't just to one day reach Formula 1 - it's also to inspire a Max Verstappen-style revolution in the popularity of the sport in his homeland, as he tells Jamie Klein.

Even though Russia has had a driver on the grand prix racing grid almost every year for the past decade, it would be fair to say that the exploits of Vitaly Petrov, Daniil Kvyat and Sergey Sirotkin have yet to really capture the imagination of the broader public back home.

Shwartzman, the 19-year-old from St. Petersburg who is leading the standings in FIA Formula 3, aims to change that – and his successes so far in the lower formulae, combined with his twin backing from Ferrari and SMP Racing, suggests he’s in with a chance of doing just that.

And he believes there is the potential for Russia to emulate the Netherlands and inspire a Max Verstappen-type following of F1 in his home country, if only there would be a driver for the masses to get truly excited about.

“I really hope I’ll perform well in F1 if I get there,” says Shwartzman during a chat with Motorsport.com. “Then I can grow the Russian motorsport fanbase.

“When people know a Russian driver is winning races in F1, they will support me; Russian people will pay more attention. Imagine a full grandstand of Russian people… that would be really cool. The support is really important for me.

“I want a normal person to turn on the TV and think, ‘our driver is there on the top, I’m gonna watch this guy!’ It attracts attention not only to me but also to motorsport in general in Russia, because more people come to support, more people follow it.”

Having established himself as a regular race winner in both Italian F4 and Formula Renault Eurocup, Shwartzman really marked himself as one to watch in European F3 last year. 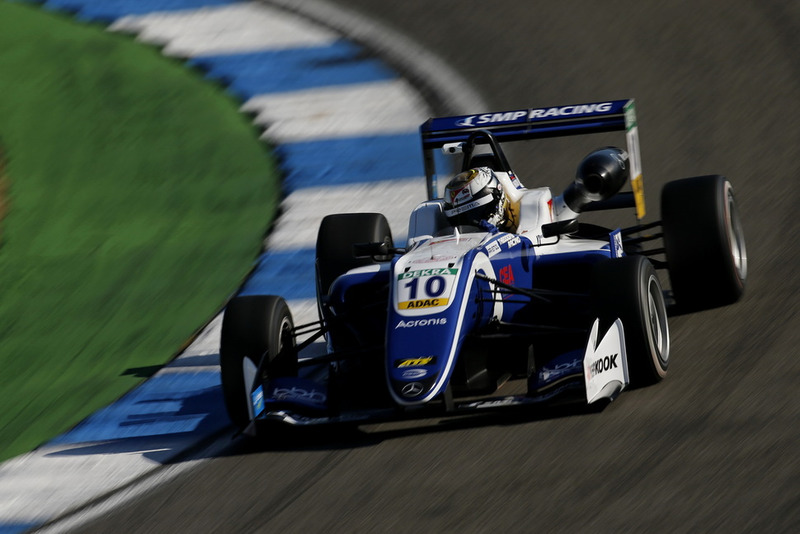 Much like for Prema teammate Mick Schumacher, who won that year’s title, it was a season of two halves for Shwartzman, who was fast but inconsistent for the opening part of the campaign before finally hitting his stride in the last three weekends – bolstering his podium count from three to 11, including two victories.

“I was happy that I managed to make a good comeback after a bad beginning,” he reflects. “It was a mess, we wasted a lot of time, working on different stuff we shouldn’t have worked on. I couldn’t find the good feeling in the car.

“But when the feeling came, everything worked as it should, and now I have a good feeling in this [new FIA F3] car. This car suits me better than the other one [of last year].”

Asked if he felt at all overshadowed by his more famous teammate Schumacher last year, Shwartzman replies: “I don’t think so. We were at the same level basically in the second half of last year, more or less same speed and achieving the same results.

“Media-wise he was a bit more noticed generally, it’s quite clear why, but I didn’t really care. The target is to go to F1 and the people in F1 would have looked at us both.”

Even more than the backing of Ferrari, which he gained at the end of 2017, the patronage of SMP Racing has proven critical to Shwartzman’s emergence as a potential future star.

In the teenage prodigy’s corner this year has been Russian F1 trailblazer Petrov, who was also part of SMP’s FIA World Endurance Championship LMP1 programme until its recent termination.

Shwartzman describes Petrov as a "mentor", who in particular has helped him to stay focussed mentally and deal with such setbacks as losing a potential victory in Austria to a penalty after making contact with teammate Marcus Armstrong.

“He’s a good guy, he’s funny,” says Shwartzman of Petrov. “He gave me advice from what he knows from his career, and it works quite well. We have a good relationship, it’s quite fun. I asked this year for Vitaly to come with me and I think it was right the decision.” 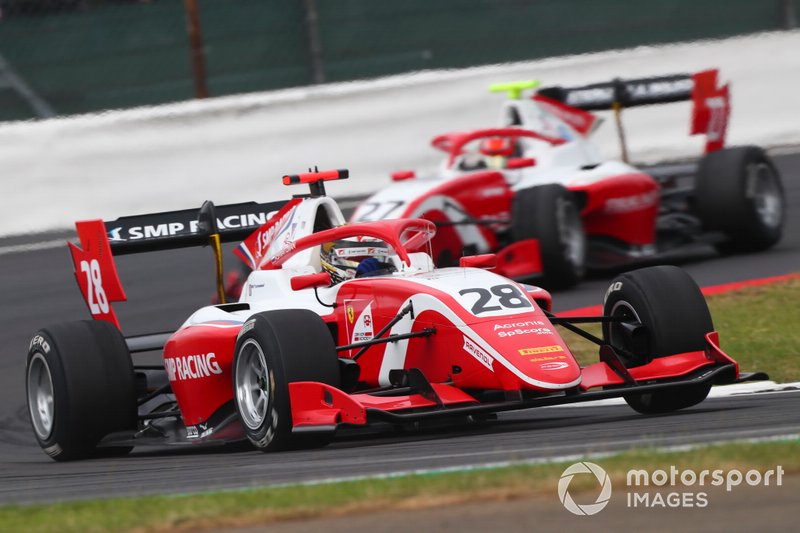 Barring a brief blip at the most recent weekend at Silverstone, where he was briefly surpassed by Prema teammate Jehan Daruvala, Shwartzman has led the F3 standings all season ever since scoring the first victory of the series’ new era at Barcelona.

Since then Shwartzman has added a second triumph to his resume, all the while never finishing lower than fifth. That consistency means halfway through the season he leads by 12 points from Daruvala, with four rounds left – including the all-important season finale at Russian Grand Prix venue Sochi.

“It would be cool to become champion at home, but I would prefer to be champion before, in Monza,” the teenager admits. “The Italian team can celebrate in Italy, and then I would have less pressure [in Sochi], the target could be just to win the race.”

And after that? Shwartzman admits that moving up to F2, most likely still with Prema, would be the “logical” next step, although it’s clear an eventual graduation to the highest level is on his mind.

Shwartzman goes on to say his ideal time frame for an F1 graduation would be within the next two to three years – and then he can really focus on his mission of growing the sport’s popularity in his homeland through his success.

“I really want more Russian people to support me and motorsport in general,” Shwartzman says. “It’s slowly becoming more popular, but I want it to grow much faster.

“When you look at the Verstappen grandstands, or how many people in England come to watch Lewis [Hamilton], I also want that to happen in Russia. That’s a motivation, and a reason to work hard and perform at the best level.” 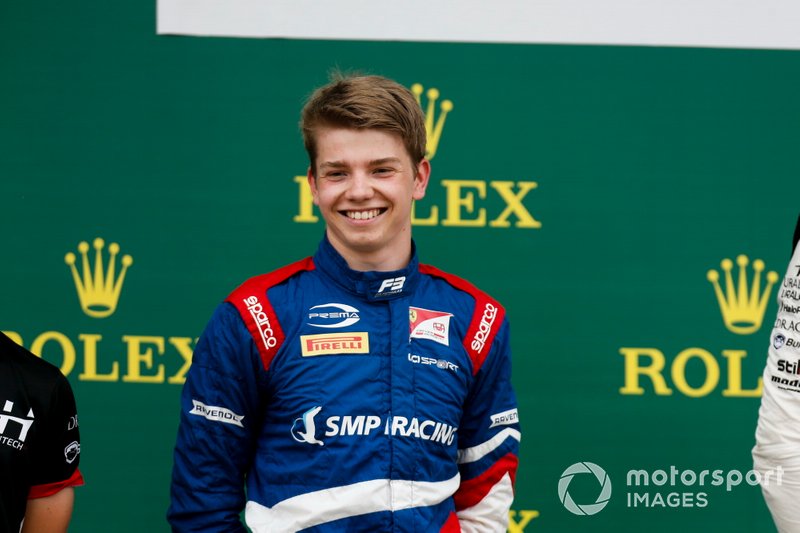